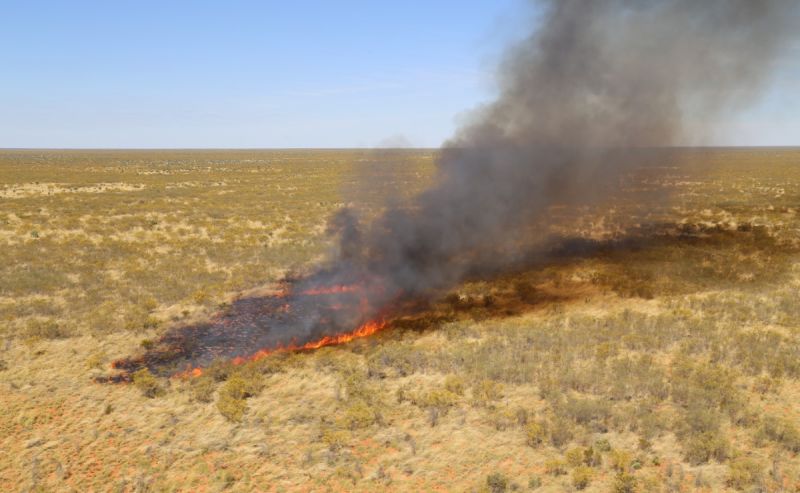 Ever since the creation of a carbon methodology for the savannas of northern Australia, land managers further south have wondered about a carbon story for the deserts. Now the 10 Deserts Project will rigorously test whether a corresponding methodology could be developed for Australia's arid zone.

"Australia's arid zone includes areas that receive less than 600mm of rainfall annually – an area representing around one third of the country's landmass", he continued.

The project aims to identify and scope the opportunity for carbon credit generation through traditional fire management practices such as cool season burns, similar to the savanna burning program in northern Australia.
South Pole is undertaking the first step in this process: evaluating whether a carbon project is scientifically, technically, economically and practically feasible, and then working with government, landholders and other stakeholders to see if they would be willing to prioritise further work on a method.

Tom Schroder, head of Climate Action at South Pole says: "As the world's leading emissions reduction project developer, South Pole is excited to be part of this promising project. The feasibility study will run for six months. Early in the process, we are engaging with the Australian Government to consider constructive inputs and gauge potential concerns, so that these can be directly addressed in the feasibility study going forward."

Julien Gastaldi, general manager at Natural Carbon is also positive on the project: "As a social enterprise, Natural Carbon is keen to unlock opportunities for agriculture and indigenous projects. We are already actively engaged in savanna projects in northern Queensland and have a thorough understanding of turning commercially good ideas into viable carbon methods."

The final report on the outcome of the feasibility study will be delivered in December 2019. It will include a series of stakeholder consultations with involved land owners and stakeholders, as well as with various government agencies and departments.

Depending on the outcome of the feasibility study, the project will consider whether to proceed to developing a method, subject to relevant Commonwealth ministers approval, or to investigate international standards and accreditation to allow carbon credits to be sold on the voluntary market. Following this, the 10 Deserts Project will be able to provide information on if and how people might want to do a carbon project, and potentially help people to access this opportunity.