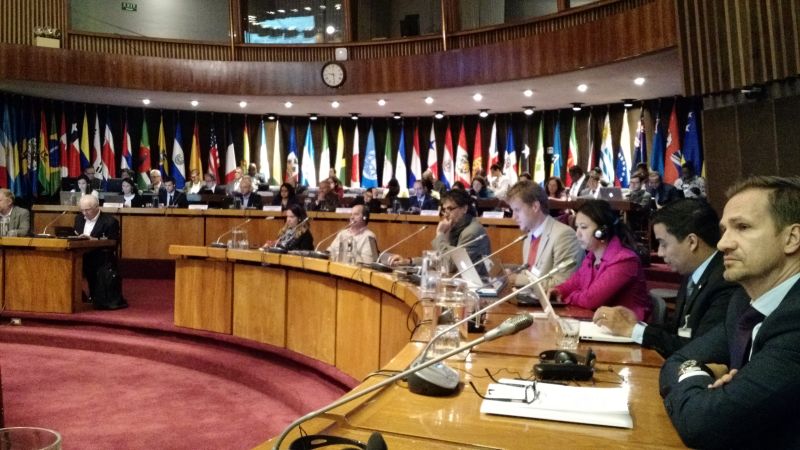 The recent Latin American and Caribbean Carbon Forum (LACCF 2015) brought together key business and government representatives from across the region to discuss latest developments in market-based mechanisms to address climate change, carbon trading, climate finance, and low-emission development. Organised for the 9th consecutive year, the Forum called for the inclusion of market-based mechanisms and other forms of carbon pricing in the new global climate deal expected at the end of this year. The carbon neutrality of the event was guaranteed by South Pole Group.

With the backdrop of recent negotiations before the Paris climate talks, the Forum showcased successful examples of the use of market-based approaches, innovative financial instruments, carbon pricing policies and mechanisms which have fostered climate finance deployment in the region.

The Forum also cast the spotlight on country-led initiatives and climate policy instruments such as Nationally Appropriate Mitigation Actions (NAMAs) and Intended Nationally Determined Contributions (INDCs) in Latin America: Country-led initiatives and national or regional market-based instruments are perceived as key drivers for more unified action in the region, as well as a bridge towards creating linkages to the global carbon markets. A great example of regional action is embodied in the case of solar power plant Aura Solar I: Besides being one of the largest PV solar plant in Latin America, it is also the first Latin American renewable energy plant to be registered under the I-REC Code, a renewable energy certification scheme. It is also the first operational project to be part of the Mexican Renewable Energy Alliance, the pioneering large-scale CDM Program of Activities (PoA). The solar power plant meets the energy needs of 164,000 people and allows corporates to support the transition to renewable energy in Latin America.

The strong focus on NAMAs has been keeping Latin America on the forefront of climate policy mitigation instruments, such as in the case of Mexico, which recently submitted its ambitious INDC and proposed to reduce its greenhouse gas emissions and black carbon by 25% below baseline emissions in 2030.

"NAMAs, alongside other regional climate policy mechanisms and building on INDCs will be key in creating opportunities for clean technology investment in Latin America", said Manuel Cocco, Principal, Climate Policy, South Pole Group, at the private sector roundtable on climate finance and clean technologies. "Ambitious national action is a moral and economic imperative, regardless of the outcomes of the Paris climate negotiations."

Voluntary private sector action was at the centre of many discussions during the three days of the Forum. One of the four side-events at the Forum, organised by the South Pole Group, focused especially on voluntary private sector commitments and use of REDD+ to support low-emission development. Performance-based financing such as REDD+ has been brought to the forefront for its capacity to addresses the challenges likely to be faced by non-governmental organisations and corporations and as they aim to implement recent commitments to deforestation-free supply chains.

"REDD+ projects and initiative can be applied to support work of consumer goods companies aiming for deforestation free supply chains, as they not only encourage better engagement with smallholders, but also help in preparing market players to get ready for strict monitoring and reporting requirements and ensure certification of the supply chains", noted Christian Dannecker, Director Sustainable Supply Chains and Land Use Practice at South Pole Group, present at the side-event. "The recent wave of private sector commitments have created a new kind of support for ambitious forest sector reforms. Deforestation free supply chains carry a wealth of potential - and lots of companies and organisations are rushing to take action."

Despite the opportunities presented by voluntary action such as REDD+, government intervention will be crucial in defining, regulating and enforcing both market-based and non-market based initiatives. National carbon pricing policies and the removal of non-carbon related barriers were seen as central in driving investments into clean technology and for creating enabling frameworks for ambitious climate action.

The Forum, which took place from 9-11 September 2015, in Santiago, Chile, was organized by the World Bank Group, the Latin American Energy Organization (OLADE), the International Emissions Trading Association (IETA), the UN Environment Programme (UNEP) and the UNEP DTU Partnership, the Inter-American Development Bank (IADB), the UNFCCC Secretariat, the UN Development Programme (UNDP) and the Development Bank of Latin America (CAF).