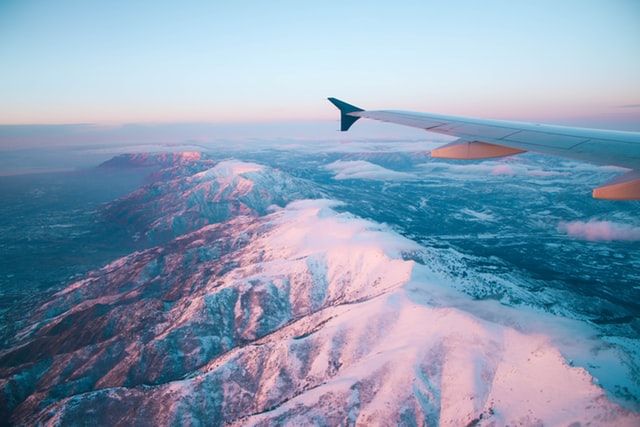 This article was written by Ben Garside (ben@carbon-pulse.com) and originally appeared in Carbon Pulse.

Developers are focusing on investing in and promoting carbon-cutting projects they think are most likely to be eligible under the CORSIA aviation offset scheme, in an effort to encourage airlines to buy the units ahead of rules being finalised.

Airlines are estimated to need around 3 billion carbon credits to comply with CORSIA over its initial 2021-2035 lifespan – enough to drastically boost the currently very thin demand for offsets worldwide.

However, most carriers are unlikely to have procured any credits due to the distant 2025 first compliance date, tight sustainability budgets, and ongoing uncertainty over which units will be eligible.

That's according to airlines and carbon market participants interviewed by Carbon Pulse at the ATAG Sustainable Aviation conference in Geneva this week.

" There are really no transactions between developers and airlines for CORSIA specifically. We were not involved in any," said Natalia Gorina of Swiss-based South Pole Group, one of the world's biggest carbon project developers.

" That's mainly due to lack of certainty. Airlines would ask developers if any offsets could be guaranteed for CORSIA compliance," she added.


Observers predict it could be late 2019 at the earliest before governments agree rules at ICAO on fuel sustainability and offset eligibility that will give airlines enough clarity to invest in credits for CORSIA compliance.

That means until then, airlines are expected to remain small-scale buyers in the 50 Mt per year voluntary carbon market.

Some 29 of the 129 major airlines worldwide offer voluntary offsetting to their customers, though the programmes generally have very low take-up rates of less than 5%.

Some 15 voluntarily offset their own emissions in some capacity, according to researchers at Ecosystem Marketplace.

One outlier buying on a bigger scale is US carrier Delta, which has purchased more than 8 million credits over the past six years to meet a self-imposed goal of carbon neutral growth above 2012 emissions on all its flights.

CORSIA was agreed by governments under the UN's ICAO in 2016, but fractious talks over its rulebook has left some fearing its collapse as major emitters hesitate to participate and after negotiators punted decisions on offset eligibility into next year.

Adding to the uncertainty is huge doubt over the post-2020 continuation of the CDM, the current main global offsetting mechanism that is set to sunset after the overarching Paris Agreement on climate change becomes operational.

Governments are due to tackle the CDM's future and guidance for all international emissions trade as part of Paris rulebook talks this December under the UNFCCC.

"It is extremely important that the Paris rulebook is agreed soon to create clarity on carbon markets. We have to be 100% sure that CORSIA units are not double-counted in any way," said Urs Ziegler, a senior official for Switzerland.

As well as potential overlaps with governmental targets under Paris, CORSIA negotiators are considering restricting some carbon credits based on their issuance date in order to preserve the scheme's environmental integrity and to spur new climate action.

This could render hundreds of millions of CDM credits in circulation ineligible under the strictest cut-off, with other proposals of a 2016 cut-off, 2013, or none at all each making a huge difference on eligible CORSIA supply and the resulting compliance costs for airlines.

The effect on supply is considerable, with think-tank NewClimate Institute finding that the 4.3 billion CERs potentially available without limits would be reduced to 2.9 billion under a 2016 cut-off.

To counter this uncertainty and to tempt airlines into making early investments, South Pole has developed a "risk-minimising" approach.

" By applying this, we came up with list of project types and countries where we feel safer to go ahead and invest," Gorina said.

These are mainly based in sub-Saharan Africa, with some in Southeast Asia and Latin America.

" We urge airlines to go with test, pilot projects, whereby even if they turn out not to be CORSIA-eligible, they can still be used for voluntary or broader CSR purposes," Gorina added.

South Pole's whitelist of projects is also characterised by higher credit prices and 'charismatic' projects that some airlines are already tapping in very small quantities because they are attractive to communicate to their passengers.

However, for the vast hike in volume necessary for CORSIA compliance, airlines are seeking to avoid purchasing so selectively and in such tiny quantities.

"We just want clear criteria so we know what is eligible. That will allow us to easily buy credits that are fit-for-purpose," one industry representative told Carbon Pulse.

Don't miss out on the 2018 Carbon Forward conference in London on Oct 16-18! The event will feature a dedicated session examining which project activities are best placed to thrive in the post-2020 era. Join speakers from South Pole, NewClimate Institute and CORSIA experts from the European Commission, the voluntary market and the aviation sector.