US banks and investors responsible for roughly the emissions of Russia, report finds 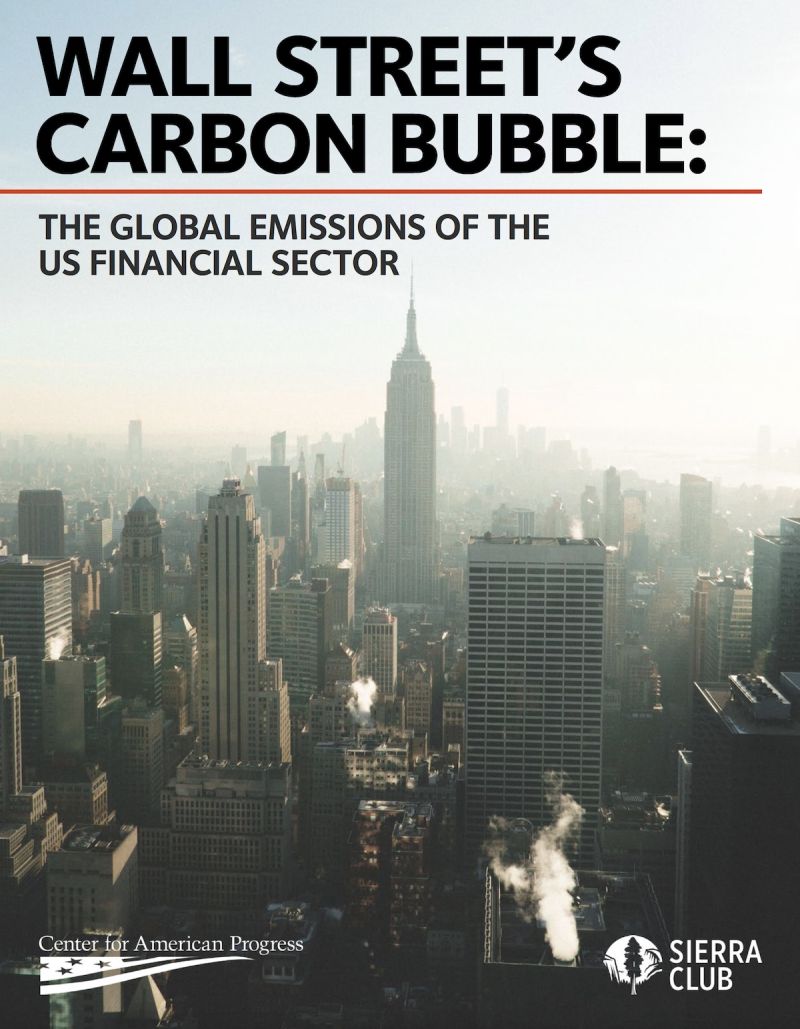 Important new research reveals the enormous size of carbon emissions financed by the largest banks and asset managers in the United States - with very little regulation and disclosure of who finances the fossil fuel sectors.

The report, based on methodology development and data analysis by South Pole, outlines the role that financial regulators must play in driving change within the US financial sector.

"Currently, many US financial institutions do not externally report the total emissions related to their investments and lending. In this new report, a method and indicative analysis was provided by South Pole using public data to estimate this number," says Rebecca Self, Head of Sustainable Finance at South Pole, who calculated the estimated emissions.

"When many people consider climate change, they think of coal, oil and companies in the business of deforestation. Financial support from banks and investors is often key for those industries to pursue their activities - but the spotlight is rarely on them. This new report gives an indicative estimate, based on public information, of the US financial sector's greenhouse gas emissions arising from lending and investing. That estimate is the equivalent of 1.968 billion tons of CO2. If the financial institutions in this study were a country, they would have the fifth largest emissions in the world, falling just short of Russia."

Washington D.C. A new report published today by Center for American Progress and the Sierra Club finds that the 18 largest US banks and asset managers alone were responsible for financing the equivalent of 1.968 billion tons of CO₂ in 2019. This would make the US financial sector the 5th biggest emitter of CO₂ in the world if it were a country – ranked just below Russia and ahead of Indonesia.¹ The new research offers a novel picture of the enormous carbon footprint of American finance and calls for a suite of regulations to be introduced across the sector to bring US banks in line with the Paris Agreement target of 1.5 degrees Celsius of global warming.

The analysis, carried out by leading climate solutions and project developer South Pole, used a market-leading carbon accounting methodology to calculate, for the first time, the aggregate carbon emissions associated with the lending and investment activities of the US financial sector, based on an indicative sample.² While the analysis clearly demonstrates the scale of impact from financial institutions in driving climate change, it likely represents a gross underestimate, as it relies on public disclosures that exclude crucial data, including emissions related to advisory services and underwriting and estimations of Scope 3 emissions for bank clients. Scope 3 emissions account for 88% of emissions for oil and gas companies.

The timing of the report is meaningful because it demonstrates how the financial industry takes advantage of weak disclosure rules to obscure understanding of its contributions to global emissions. Narrow public disclosures by banks do not include transaction-level data in their estimations of credit exposure. In the coming weeks and months, both the OCC and SEC will be considering rules that can--and should--directly address this shortcoming. This report should inform their decision-making.

Ben Cushing, Campaign Manager for the Sierra Club's Fossil-Free Finance campaign: “Regulators can no longer ignore Wall Street's staggering contribution to the climate crisis. Wall Street's toxic fossil fuel investments threaten the future of our planet and the stability of our financial system and put all of us, especially our most vulnerable communities, at risk. Financial regulators have the authority to rein in this risky behavior, and this report makes it clear that there is no time to waste."

According to the Intergovernmental Panel on Climate Change (IPCC), in order to limit global warming to 1.5°C, global emissions need to fall by 45% from 2010 levels before 2030. This year, the International Energy Agency stated that for the world to reach net zero emissions by 2050, there must be no new oil and gas development. However, pledges from the finance sector at COP26 in Glasgow this November have been widely criticized for a lack of concrete targets or timelines, a failure to directly address banks' support of fossil fuel companies, and a reliance on watered down “intensity" targets on emissions, instead of absolute targets. Banks continue to pour money into the fossil fuel industry. In fact, since the signing of the Paris Agreement in 2015, the world's largest 60 banks alone have provided $3.8 trillion to the fossil fuel industry.

President Biden has set ambitious targets for emission reductions in the US, but so far his administration has fallen short of utilizing its regulatory and policymaking powers to address the role of corporations in driving climate change. The report recommends numerous immediate and specific steps federal financial regulators can take to account for the imminent systemic threat of climate change, including reforms to capital markets regulation and regulations regarding capital requirements and supervision of banks.

Fossil fuel investments represent a large systemic financial risk in and of themselves. As the climate changes and as the world moves towards cleaner and cheaper renewable energy, fossil fuel assets are increasingly at risk of being “stranded," whether because the world is forced to move to cleaner energy or because of the impacts of climate change itself. As the report notes: “According to insurance provider Swiss Re, climate change could reduce global GDP by 11 percent to 14 percent by 2050 as compared with a world without climate change. That amounts to a $23 trillion loss, causing damage that would far surpass the scale of the 2008 financial crisis."

The report replicates a similar approach to one by Greenpeace UK and WWF that found that the UK financial sector was responsible for over 800 million tons of CO₂ equivalent, nearly double the UK's total emissions.

Visit www.carbonbubble.net or you can download the report here.