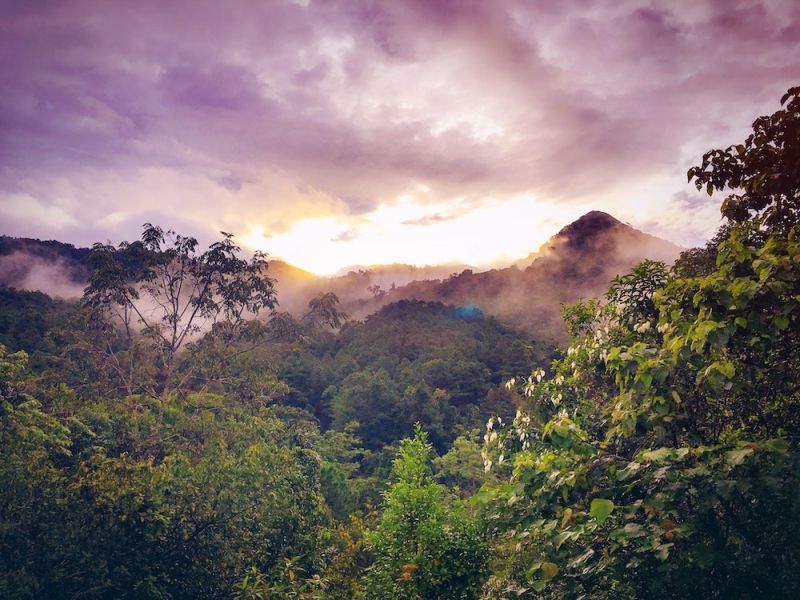 Airlines, oil companies, and individuals are using voluntary carbon markets to achieve net reductions in greenhouse gas emissions at levels not seen in seven years, according to Financing Emissions Reductions for the Future: State of the Voluntary Carbon Markets 2019, which was published by Forest Trends' Ecosystem Marketplace initiative today at year-end climate talks (COP25) in Madrid, Spain.

"Companies feel an urgency to reduce their emissions, but they can't eliminate them internally overnight," said Michael Jenkins, President and CEO of Forest Trends. "Many are now using voluntary carbon markets to offset those emissions they can't eliminate until they can transition to new technologies."

This is the 12th edition of the report, which Ecosystem Marketplace first began publishing in 2007. It draws on extensive market data gathered from the years 2017 and 2018, coupled with interviews to interpret findings and identify trends in the current calendar year.

For 2018, the report documents transactions equivalent to 98.4 million metric tons of carbon dioxide (MtCO2e) for a total market value of $295.7 million. This represents a 52.6% increase in volume and a 48.5% increase in value over 2016, which is the last year an annual survey was conducted.

Market participants told Ecosystem Marketplace that market growth has accelerated even further in 2019, although full market-wide data for 2019 will not be available until 2020.

The increase in transacted volume was driven by offsets associated with "nature-based solutions," which are projects that reduce emissions by improving management of forests, farms, and fields. Volume in the Forestry and Land Use sector, for example, grew 264%, from 13.9 MtCO2e in 2016 to 50.7 MtCO2e in 2018, while volume in all other offset types grew just 21%.

Prices remained relatively low as developers worked through inventory that had been accumulated in previous years, although several market participants reported rising prices towards the end of 2019.

Within the Forestry and Land Use sector, volume from offsets associated with REDD+ (Reducing Emissions from Deforestation and Degradation, plus enhancement of carbon stocks) increased 187%, from 10.6 MtCO2e in 2016 to 30.5 MtO2e in 2018, while volume of offsets associated with afforestation/reforestation (A/R) increased 342%, from less than 2 MtCO2e in 2016 to 8.4 MtCO2e in 2018. Geographically, new REDD+ volume was concentrated in Peru, which accounted for 19.7 MtCO2e of the increase. New A/R volume was more evenly distributed around the world.

In interviews, market participants credited the increase to a growing desire on the part of consumer-facing companies to exceed regulatory climate requirements, rather than a desire to acquire inventory for compliance markets such as the International Civil Aviation Organization's (ICAO) emissions trading program, CORSIA. CORSIA becomes active in 2021 but will not reach full-scale operation until 2027.

Instead, interviewees repeatedly stressed the emergence of major voluntary buyers, such as Shell, which has committed to invest $300 million in offsets associated with nature based solutions from mid-2019 through mid-2022. British Airways and Air France, meanwhile, have announced they will offset emissions from all domestic flights beginning next year, while EasyJet announced in November that it will offset all emissions from its use of jet fuels immediately. EasyJet has confirmed to Ecosystem Marketplace that it expects to purchase 7.5 MtCO2e through September 2020.

This article was republished from a press release originally appearing on the Forest Trends website. View the original here, or download the State of the Voluntary Carbon Markets 2019 report.