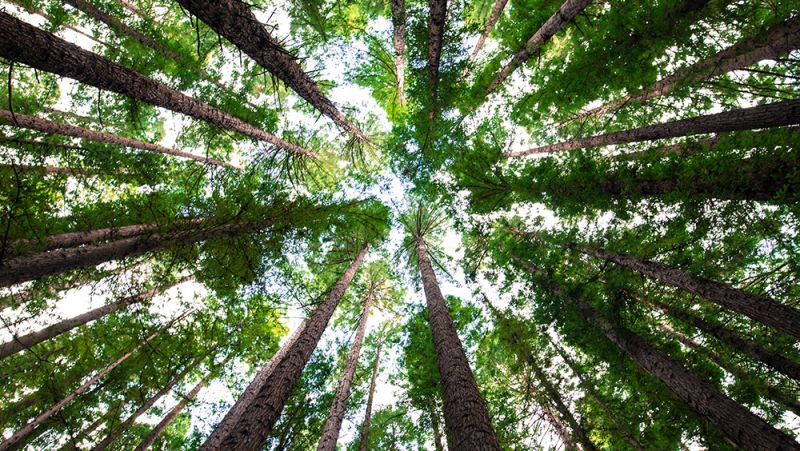 This article originally appeared on EcosystemMarketplace.com

"The private sector is key to providing the finance to get climate action projects off the ground! The Voluntary Carbon Market is the only climate market right now that is effective, cost-efficient and transparent, reducing GHG emissions globally and providing social co-benefits to vulnerable populations. We will continue working with our clients and partners, such as the Task Force on VCM, to dramatically ramp up the ambition and scale of climate action!" — Renat Heuberger, CEO South Pole

23 September 2020 The forward-looking section of 2019's State of Voluntary Carbon Markets report began with the prophetic statement that “demand for voluntary carbon offsets will grow [in 2020] as the world finally begins to address the climate challenge."

The next paragraph began, “Airlines will lift demand."

Well, the COVID-19 pandemic grounded, but a broader and deeper legion of businesses, many of which had never engaged in the climate challenge before, stepped up with commitments that involved a degree of offsetting. As a result, 2020 looks set to outpace the strong 2019, when volume topped 100 million metric tons of greenhouse gas abatement,according to “Voluntary Carbon and the Post-Pandemic Recovery," which is the first installment of the2020 State of Voluntary Carbon Markets report.

Released to coincide with New York Climate Week, the report is available on the Ecosystem Marketplace Carbon Hub and includes a summary of data from 2019 as well as market sentiment for 2020 garnered from interviews with two dozen market participants. It also outlines findings that will be fleshed out in subsequent installments.

Most voluntary offsets are transacted bilaterally, with no centralized repository for price and volume data, and Ecosystem Marketplace gathers this fragmented data by reaching out to all known market participants individually – first via a survey that has been conducted annually since 2005, and then via interviews with a representative group of participants. As a result, there is a lag in presenting data, balanced with interview findings that are quite current and have proven accurate over time.

The 2020 survey focused on 2019 transactions, and it identified a near-record volume equivalent to 104 million metric tons of carbon dioxide either removed or prevented from entering the atmosphere. This is a 6 percent increase over 2018, and the figure may be revised upward as more data becomes available.

The year opened with a strong tailwind from year-end climate talks in Madrid, but by late March and early April, COVID-19 had spread across the world. Greenhouse-gas emissions plummeted – but only because the economy had ground to a halt, and there was a widespread fear that emissions would spiral upward once the economy recovered. One news outlet declared that “new voluntary corporate climate pledges [were] likely to be put on hold."

When we conducted a survey of market participants in April, however, we found something astonishing: while participants feared the worst as airlines rolled back their purchases to match lower emissions, broader corporate demand for voluntary carbon offsets were increasing. Then, as the year progressed, so did the number of carbon-neutral pledges from individual companies like Amazon and Microsoft – pledges that have since proliferated among companies that had never taken climate action before.

In June 2020, the Climate Ambition Alliance launched its “Race to Zero" campaign to encourage countries, companies, and other entities to deliver structured carbon-neutral pledges by the end of 2021.

September saw a flurry of activity. Former Bank of England Governor Mark Carney launched a global taskforce to begin scaling up voluntary carbon markets to drive emissions down as quickly as possible. The Science-Based Targets Initiative (SBTi) released its guidance for using offsets as part of a robust corporate emission-reduction program. The guidance contributes to a growing debate over what is and isn't “carbon neutrality."

At the core of the debate is a fear that companies will use offsets instead of – as opposed to in addition to – internal emission reductions. Many of the recent high-profile commitments, however, use voluntary offsets as part of a broader emission-reduction strategy, and previous Ecosystem Marketplace surveys have found companies that put a price on carbon tend to be the most aggressive at reducing emissions internally, with offsets serving as a way of deepening reductions.10

To take just one example, Google unveiled an accelerated emission-reduction strategy in September that looks a lot like the new SBTi guidance. The company isn't a newcomer to the climate space, and it has been offsetting its emissions since 2007, meaning it has been carbon neutral since 2007, and it dramatically increased its use of renewable energy in 2017 to reduce emissions further. In September 2020 it announced a move beyond carbon neutrality to become carbon-free by 2030, meaning its operations will no longer emit greenhouse gasses. Until it achieves that, Google will continue to offset those emissions it can't eliminate. It also announced that it had quietly gone carbon negative, meaning it had used carbon markets to offset more emissions annually than it emits – enough, in fact, that it has now erased all legacy emissions generated since its founding in 1998.

Renewable Energy Flies on its Own

Carbon markets have historically been used to finance renewable energy development because the technology was more expensive than traditional energy sources and couldn't be implemented without carbon finance. This, however, is changing as renewable energy becomes more affordable, which means carbon finance is only needed to implement certain types of projects in some countries. As a result, carbon standards are phasing out their recognition of offsets generated through the provision of renewable energy.

The bulk of low-priced renewable energy offsets are located in India and China, and this will be addressed in more detail in a subsequent installment of this report.

Several of the market participants interviewed for this report also suggested that renewable energy offsets demand could be coming from companies that are new to carbon markets. New buyers have tended to focus on price over “co-benefits," such as contribution to the SDGs. Co-benefits have historically been a key selling point for AFOLU, and these project types increasingly audit to the SDGs.

We should point out that carbon standards will continue to recognize offsets generated through the development of renewable-energy projects that clearly need carbon finance to exist – such as off-grid projects in middle-income countries and large-scale projects in least- developed nations or conflict zones within medium-income countries.