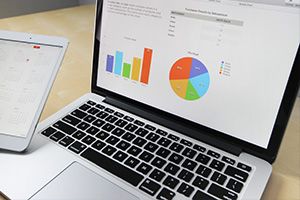 Adaptation to climate change in the developing world is increasingly supported by international climate financing, yet we lack a universal metric for assessing its effectiveness.

A new article co-authored by South Pole's Martin Stadelmann and the University of Zurich's Axel Michaelowa (published in a new UNEP DTU report) argues for the urgent need to reach an international consensus on a set of simple metrics for the assessment for the success of these adaptation projects.

In mitigation, policy action effectiveness can be measured through metric 'tonnes of CO2 equivalent reduced.' Without an equivalent standardised metric for adaptation projects, adaptation finance vehicles such as the Adaptation Fund or the Green Climate Fund (GCF) encounter challenges when comparing program success and allocating funds efficiently.

Moreover, there may be a backlash in industrialised countries that provide finance for these adaptation projects if international climate funds continue to be unable to show clear comparable results. Such public criticism against adaptation projects could become as severe as the campaign against the Clean Development Mechanism (CDM) in the mid-2000s which contributed, alongside the global economic crisis, to the post-2011 crash in price of emissions credits.

The history of mitigation policies shows that, in order to avoid such a situation, commonly agreed metrics and methodology for calculating indicators are a precondition for policy-makers and the general public to trust the policy instruments.

Universal metrics can be either top-down and derived from policy-makers, or bottom-up and derived from stakeholder input. Stadelmann and Michaelowa have developed two simple metrics for adaptation projects ('Saved Wealth / Saved Health'), using a top-down approach.

You can read more about this approach and its application to a case study of an adaptation project in Vietnam in the original article on pages 63-74 of the UNEP DTU report.