Germany could escape carbon hole at home by investing abroad 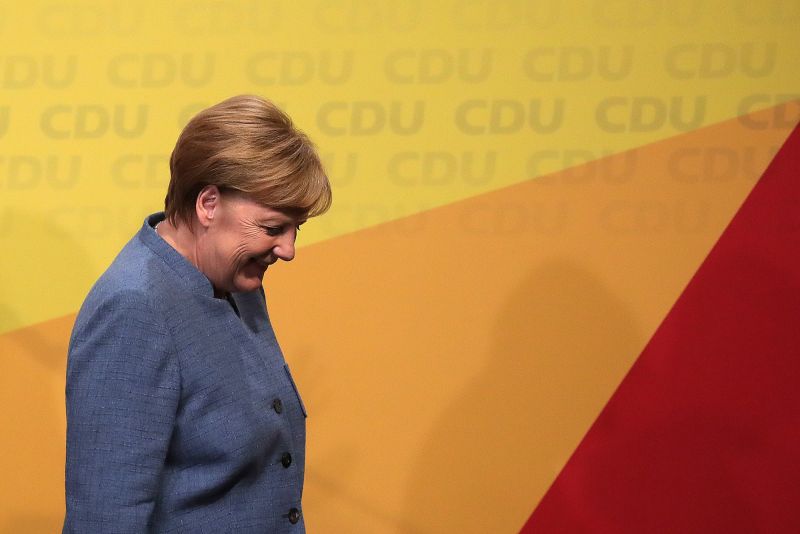 Germany's Chancellor Angela Merkel finds herself in a bit of a pollution pickle.

After she promised voters just before the September general election that Europe's biggest economy would find a way to meet its emissions target no matter what, her government is now signalling it may miss the 2020 goal.

But a potential solution is at hand. Germany could comply by helping reduce emissions abroad using international carbon markets, although it would cost several hundred million euros, according to Bloomberg New Energy Finance in London. The trade route to meet 2020 targets is already used by nations from Japan to Norway as well as the European Union.While the German government hasn't specifically said trading is an option for now, the idea has resonance this week as delegates from almost 200 nations meet in Bonn for the latest United Nations-led climate talks. Proponents say buying and selling rights to pollute are the most cost effective way of tackling global warming as emissions are near a record and 2017 is poised to become the hottest year yet.


"It will provide a monumental signal if Germany comes out and supports international carbon trading," said Jeff Swartz, director of climate policy at South Pole Group, which sells carbon credits and advises companies on the transition toward renewable energy.


The market route would probably give Germany's coal-heavy utilities led by RWE AG a stay of execution as it would reduce the need for power stations to close to meet the target. But it would probably contradict calls from Siemens AG to Deutsche Telecom AG and Aldi Group urging Merkel's new government to design a clear policy for exiting the dirtiest fuel.

Trading is the most effective way to curb emissions across the EU, but other policies, national and international, are also necessary, according to an Environment Ministry spokesman in Berlin. Germany has previously said it wanted to achieve the target through domestic reductions.

It would cost about 180 million euros ($208 million) for the country to meet the non-binding goal with UN credits, which were created under the Kyoto protocol that Merkel helped negotiate in the 1990s, said Jahn Olsen, an analyst in London for Bloomberg New Energy Finance. The value of those credits plunged 99 percent since 2008 because only a few countries have committed to use them to meet targets.

This article originally appeared in Bloomberg Technology by Mathew Carr and Brian Parkin and has been shortened for length. Read the original full length article here. Image: Krisztian Bosci/Bloomberg