March for Science: Why Carbon Offsets are Good Science 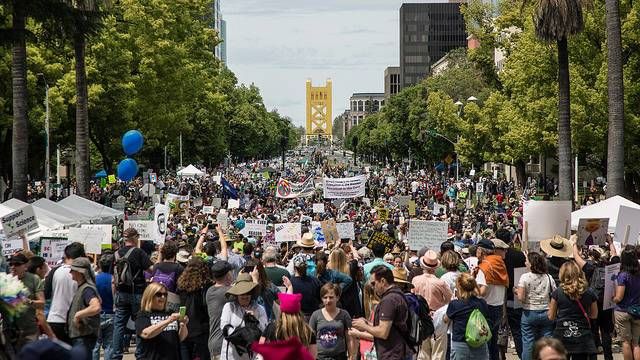 Science has been around since the beginning of human civilisation. It was the engine behind Aristotle's ambitious effort to fly and even earlier than that, it helped the Babylonians fashion an understanding of time and their universe.

Today, science is helping us conquer challenges that were likely never envisaged by Aristotle or the Babylonians. It's given us the means to build airplanes, but it's also given us the insight to understand how transportation has impacted the environment we rely upon.


And according to March for Science, a non-profit movement backed by scientists, doctors, educators, businesses and individuals across the planet, science has given us another remarkable tool: the ability to strategise ways to reduce those impacts.

We often hear about the technology and methods that are open to businesses to reduce their everyday carbon emissions through better technology, improved land and materials use, the adoption of carbon trading programs and other innovative approaches.

But as the March for Science rallies highlighted last year, addressing climate change is a personal commitment as well. In April, more than a million people gathered across the globe in 620 cities to show their support for science and to call on governments to work toward stopping climate change. But the rallies' message also helped drive home the role that individuals, armed with their own goals, can make a difference as well.

The problem is, researchers tell us, there's still a fair amount of confusion over just how individuals can offset the impacts of their own travel and why exactly they should. What is the definition of a good carbon offset program, and what should individuals keep in mind when it comes to reducing greenhouse gases?

To answer those questions, we turned to Valorie Aquino, March for Science board member, who, in tandem with organisations like Cool Effect, are working to educate the public about climate change and the real actions we can each take to minimize its impact.

TriplePundit (3p): Can you explain why supporting carbon offsets so important?

Valorie Aquino (VA): The science is clear that our human activities influence the global climate system, which translate to both wide-reaching and local consequences for our communities. There are lots of ways and scales to make a difference in the urgent need to reduce our carbon footprint. The most effective include tackling problems at industry and policy levels and building political will. Collective individual lifestyle changes provide more choices. Travel offsets are a good option, particularly when combined with personal emission reduction and other activities.

3p: What are some of the things that consumers should look for when purchasing carbon offsets?

VA: The key when looking to purchase carbon offsets is transparency, verifiability, and additionality.

3p: Why is there such a push to get people to buy offsets when they fly. Do commercial flights really have that bad an effect on Mother Nature?

VA: There are a lot of daily activities that are contributing to our carbon footprint, and flying is a big one. The average American emits nearly 17 tonnes of carbon pollution, which includes estimates from flying, but for the business travellers and frequent flyers, that number keeps increasing. You can review more estimates here.

3p: Why does March for Science support purchasing carbon offsets?

VA: March for Science partnered with Cool Effect to give supporters an easy way to reduce their carbon footprint if they were traveling to March for Science and an option a lot of people were asking about in the months prior to the worldwide events.

3p: What are some of the best ways to help in the fight against global warming?

VA: Persist. Individuals do have the power to help in the fight against global warming, and there are different opportunities to get engaged. Participate in movements that support local initiatives, support transparent organisations and grassroots groups that are doing the good work they say they are doing, and vote at all levels for issues and candidates that advance science-literate policies. In short, use your voice, your choice, and your vote.

3p: What are the best ways that people across the globe can lend support to the March for Science this coming Earth Day?

VA: We intend to #keepmarching in 2018 and beyond. Join us and our great partners on the frontlines of science advocacy: www.marchforscience.com

This piece by Jan Lee was originally published on Triple Pundit.