POLITICO Pro Morning Energy and Climate: How Trump could cost US companies a climate bonanza 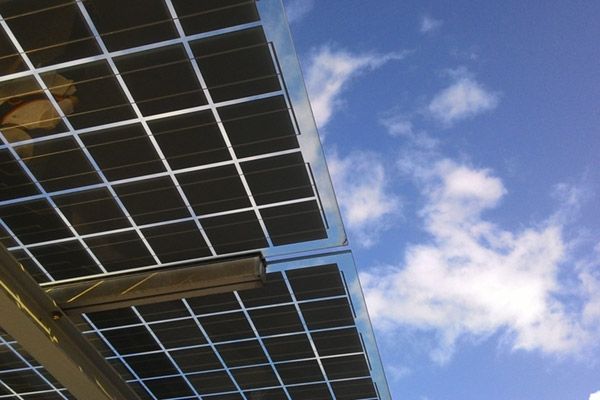 This article was originally published by POLITICO

U.S. President Donald Trump's planned pullout from the Paris climate agreement has some U.S. companies worried that a business opportunity worth hundreds of billions of dollars is going to pass them by.

The withdrawal could lock U.S. businesses out of a huge portion of the rapidly growing global market, already worth an estimated $164 billion, that seeks to put an economic price on the greenhouse gases warming the planet — a potential economic loss causing concern among American-based companies such as the food and candy maker Mars.

Negotiators from nearly 200 nations began meeting on Monday at a U.N. climate conference where the discussions include the details of how carbon trading markets could help meet the Paris agreement's goals for heading off the worst consequences of global warming. But Trump's exit plan would leave the United States as the only country on Earth not part of the Paris deal — and potentially left out of the economic bounty.

The pullout could also hurt foreign companies with large U.S. operations, such as the oil giant Royal Dutch Shell and the Canada-based electricity producer Capital Power. And it may damage American entrepreneurs' efforts to lure investments for technologies that could help stem the worst effects of climate change.

“To the extent that we're not in the Paris agreement, that creates a competitive advantage for other countries," said Jon Sohn, the director of U.S. government relations at Capital Power. “The U.S. should be in those markets."

Trump has defended the Paris exit as a blow for U.S. economic sovereignty, contending that the non-binding pact that the Obama administration negotiated in 2015 would mean “lost jobs, lower wages, shuttered factories, and vastly diminished economic production" for the United States.

But the push to reduce the world's carbon pollution is also creating major economic opportunities. Those include trading systems, already present in parts of Europe and the U.S., in which companies essentially buy and sell the right to pollute — a setup that gives polluters an economic incentive to cut back while generating new income for businesses that help clean the atmosphere.

One company hoping to seize on that opportunity is Carbon Engineering, a Canadian firm that operates a pilot project in Texas designed to suck carbon emissions from the air and store them underground. Such a project could lure overseas customers who need to offset their carbon pollution — but that's less likely if reductions inside the U.S. don't count in a global market.

“Would that emissions reduction be recognized in an international scheme?" asked CEO Steve Oldham. “And my frank answer to that is I don't know."

David Antonioli, who heads an organization that runs a carbon credit market called the Verified Carbon Standard, had a firmer answer for Oldham: “He'd be out of luck."

Antonioli, the CEO of Verra, said it's still uncertain whether technologies like carbon capture and storage will be a part of any United Nations climate program. U.S. negotiators at the nearly 200-nation gathering in Madrid could try to shape the program's design to include them, though it is not clear how much clout they will have in light of Trump's pledge to exit the Paris pact as soon as November 2020.

Rep. Jared Huffman (D-Calif.) said the Trump administration's Paris exit would leave U.S. businesses “in a worse place" with respect to the carbon market. Huffman said State Department negotiators he met with on a Democratic congressional delegation's trip to Madrid over the weekend told him it would try to create a system that benefits U.S. companies, but he questioned their ability to do so.

“Nobody's going to listen to you. You have no leverage," Huffman said he told State negotiators. “I wish them well, I think we do want a global offset and trading program that works for American businesses, they're going to be a big part of it. But their ability to even do that effectively has been undermined."

Markets for trading greenhouse gas emissions are already a surging business, more than doubling globally in 2018 to $164 billion, according to analysts at the financial data firm Refinitiv. (Most of that was inside the European Union's Emission Trading System.) China plans to launch its own market, which would be the world's largest, nearly double the size of the European market. The U.S. also has its own regional carbon-trading markets, including one covering nine northeastern states and another in which California has joined forces with the Canadian province of Quebec.

Supporters of pollution-trading markets promote them as a business-friendly way to help the Earth, often pointing to a successful George H.W. Bush-era program that helped slash acid rain pollution in the 1990s. But Republicans have more recently turned hostile to the concept — former New Jersey Gov. Chris Christie pulled his state out of the northeastern carbon market, and Trump's Justice Department filed a lawsuit in October calling the California-Quebec market unconstitutional.

The pullout's economic threat to U.S. businesses has attracted far less attention so far, outside a small circle of companies.

“It is almost not a conversation we're having," said Ryan Martel, policy director with the business sustainability advocacy group Ceres. “If the U.S. is not in the Paris agreement it's an open question if the U.S. could participate in some of these international carbon pricing programs."

Companies like Mars and the Detroit electric utility DTE Energy, which aims to be carbon-neutral by 2050, have pressed their arguments through trade groups such as the International Emissions Trading Association or the Business Council on Sustainable Energy, which have met with career State Department negotiators who are participating in the Madrid talks. Both companies have also told the Trump administration that leaving the Paris accord would diminish growth in new industries and raise costs for U.S. businesses by foreclosing participation in the trading program.

Negotiators in Madrid have begun circulating language about how global carbon markets should operate, though the final decisions aren't likely to be finished until the conference ends on Dec. 13. But people in the industry are already expressing worries.

Trading credits created through a U.N. system would require sign-off between buyer and seller — something the U.S. companies might not be allowed to do if the U.S. isn't part of the Paris agreement, said Dirk Forrister, CEO and president of the International Emissions Trading Association, whose members include Chevron, Dow, Shell and BP. And it's not clear that countries whose companies trade emissions credits with U.S. companies would be allowed to count those credits toward their Paris-linked greenhouse gas pledges — jeopardizing the economic viability of dealing in credits to American businesses.

Even if a future U.S. president rejoins the Paris agreement, Forrister said U.S. companies would face higher credit costs as their entry to the markets tightens competition and drives up prices for credits.

Existing carbon pricing systems like the one California operates with Quebec would also be in limbo, as the California credits would possess “no value" because buyers would have no assurance the U.S. had accurately accounted for those reductions, said Jeff Swartz, the climate policy and carbon pricing director at advisory and investment firm South Pole, which has worked on U.N. pilot programs. The program itself could continue to exist, but it's not clear Canada could count credits Quebec purchases from California toward the reduction goal it set as part of the Paris agreement.

“If the U.S. pulls out of Paris, then indeed it will be very hard for the U.S. to sell emission reductions to other countries for achievement of their targets under the Paris Agreement," he said in an email.

Swartz said it is possible, however, that negotiators in Madrid would allow some participation from U.S. states or regions, or that U.S. companies could pursue offsets through other third-party carbon markets.

The discussions over carbon trading come as companies have increasingly supported the idea of an economy-wide price on carbon rather than sector-by-sector greenhouse gas regulations. International Emissions Trading Association members like BP, Shell and the French oil and gas company Total have lined up behind the Climate Leadership Council's carbon dividend proposal, which would tax emissions and issue rebates to consumers, developed by Republican luminaries James Baker and George Shultz.

Airlines and agricultural companies have also shown an interest in the trade in credits, said Ceres' Martel and Kelley Kizzier, associate vice president for international climate with the Environmental Defense Fund. Kizzier said many of those companies haven't found enough “high quality" credits on the market, adding that loose accounting systems can cloud whether the credits are tied to actual emissions reductions. Those accounting issues are among the questions that the negotiations in Madrid will attempt to resolve.

“Companies set ambitious voluntary goals because they believe there is business value, such as supply chain risk reduction and PR in doing so," Kizzier said in an email. “If they are not able to achieve reductions in their own business ecosystem fast enough they may need to purchase offsets to achieve their goals."