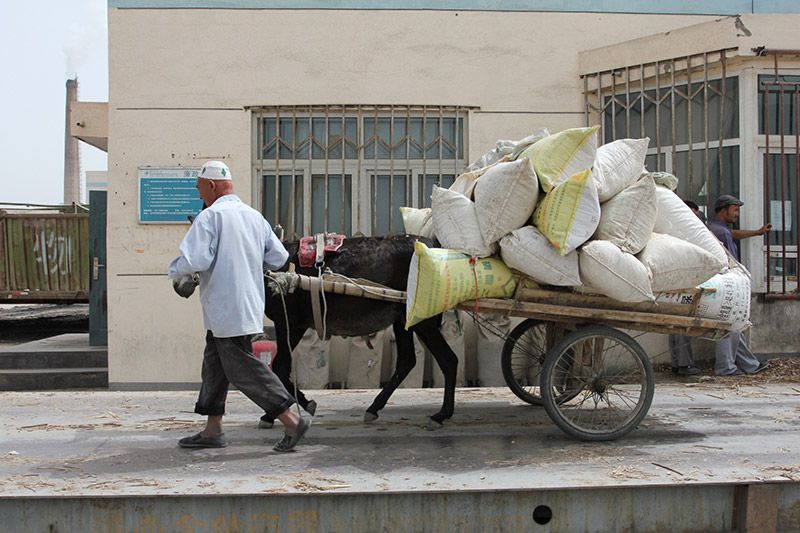 Last month, China announced the initial details of its much-anticipated emissions trading scheme (ETS). The launch confirmed China's plans to move to a national carbon market, following several years of regional pilots projects. The new scheme will have a more cautious rollout than set out in initial draft plans, starting with the power sector alone in a national pilot phase.However, it will still be by far the world's largest carbon market. Carbon Brief takes an in-depth look at what is known about China's ETS, the remaining gaps and how it will fit in with China's wider climate policy landscape.

How did China's ETS come about?


China's greenhouse gas emissions are the highest in the world and are estimated to have risen by around 4% last year, halting several years where they flatlined. It burns more coal than the rest of the globe put together.
Alongside other policies to cut emissions, China has long had plans to create a national carbon market. First floated in the country's 12th Five-Year Plan in 2011, plans to roll out a nationwide scheme in 2017 were confirmed by Chinese President Xi Jinping in a US-China joint climate statement in the run-up to the Paris climate summit in 2015.

In January 2016, a notice to industries set out the steps they should take to prepare for the national scheme. This notice was circulated by China's National Development and Reform Commission (NDRC), the state agency tasked with developing the ETS. Draft plans covering three sectors were then set out for consultation with industry and other government departments in May 2017. On 19 December 2017, China released an initial framework for the first nationwide phase of the ETS, just inside the deadline set by the president's 2015 pledge. This was the first document with final approval by the state council, the country's chief administrative authority. (Note that Carbon Brief is relying on an unofficial translationof this framework plan, published by crowdsourced translating website China Energy Portal).

Initially set to cover more than 3bn tonnes of CO2 from the power sector, the carbon market will be the largest in the world and close to double the size of the next largest, the EU ETS. Once operational, it will mean around a quarter of global CO2 emissions are covered by carbon-pricing systems.

In developing its plans, China has reportedly been very conscious of the issues affecting other emissions trading schemes. It has conducted extensive discussions with representatives from schemes in California and the EU, in an effort to learn from their mistakes.

According to Jeff Swartz, Director of Climate Policy and Carbon Markets at South Pole and previously director of international policy at the International Emissions Trading Association (IETA), these include the need to have good emissions data and to set a conservative emissions benchmark from historical data. He tells Carbon Brief:
"The government in China has studied this clearly: there are traces in the plan to make sure the cap is set appropriately. They have understood the mistakes in Europe."