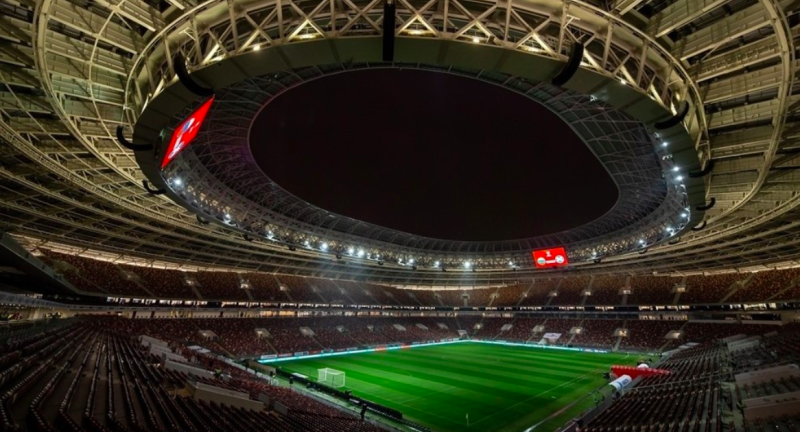 This article was originally published by UEFA.

Organising a UEFA EURO across 12 different countries, spanning four time zones and numerous different languages, is a challenge in itself, not least in regard to its impact on the environment.

However, UEFA is committed to ensuring the sustainability of next summer's tournament will be its most environmentally conscious yet, by compensating for the carbon flight emissions of all spectators travelling to and from matches, alongside other environmental issues.

UEFA will aim to offset the estimated 405,000 tonnes of carbon produced by fans and UEFA staff travelling to games in the tournament. This figure will be recalculated in early December once the majority of teams have qualified for UEFA EURO 2020.

"UEFA EURO 2020 is a celebration of European football that will happen right across the continent. The nature of the tournament means there are many benefits over a traditional one. In addition to being able to take the matches to more diverse communities across Europe, there is no need either to build a host of new stadia or the transport links that they require, which carry a huge environmental impact from, for instance, materials and other resources used for the development of such infrastructure," said UEFA president Aleksander Čeferin.

"But it also has a cost, with increased travel for fans to watch their teams play. Here, UEFA takes its responsibilities seriously and it is right that we offset the resulting carbon emissions. Working with South Pole, we are supporting the activities of Gold Standard carbon reduction projects, which will support local communities and be of lasting value to the planet."

There is overwhelming international scientific consensus that human activity is the principal cause of global warming, which is affecting millions of people and costing hundreds of billions of euros in economic losses every year. If action is not taken to significantly reduce harmful greenhouse gas emissions, the impacts of climate change will continue to put future generations at risk.

The impacts of global warming are also affecting communities around the world who play football, with extreme heat, drought and severe storms threatening participation and attendance at both amateur and professional levels.

In order to offset the hundreds of thousands of tonnes of carbon which will be created at UEFA EURO 2020, UEFA in partnership with South Pole will invest in various Gold Standard projects including a project that provides efficient cookstoves to rural districts in Rwanda.

This project benefits the environment by significantly reducing fuel consumption, which often comes from burning wood or charcoal – predominant sources of energy in Rwanda – thus decreasing the amount of methane and carbon dioxide, which are both potent greenhouse gases.

To drive down global emissions at the speed and scale that is required, it is paramount that UEFA invests in solutions that result in real, quantifiable impacts – such as the certified projects that have been selected. UEFA is also supporting initiatives in less economically developed countries, where a greater impact is created, not just for the local community, but also for the environment.

"The role played by the sports industry and sports associations in combating climate change is more urgent than ever," said Natalia Gorina, commercial director at South Pole. "Measuring greenhouse gas emissions, enhancing operations, switching to clean energy, and offsetting unavoidable emissions are steps that all organisations must take to help address climate change.

"We are delighted UEFA is showing a strong commitment to combating climate change, while also taking seriously its contribution to offsetting the carbon which will be created at UEFA EURO 2020."

Since 2008, UEFA has been offsetting the travel of its own employees and officials. For the 2019/20 fiscal year, European football's governing body is investing in Gold Standard carbon credits for the Prony and Kafeate wind farm projects, which have brought and continue to bring renewable electricity to remote villages in New Caledonia.

UEFA has also signed up to the Sports for Climate Action Framework. The aim of the agenda is to gather sports organisations, teams, athletes and fans in order to create a concerted effort to raise awareness of the need to meet the goals set out in the Paris Agreement for climate protection.

Beyond carbon offsetting, UEFA EURO 2020 has several initiatives related to climate action, including working with UEFA EURO 2020 host cities to provide free of charge public transport for ticket holders on matchdays. In celebration of UEFA's 60 years of European Championships, UEFA will be planting 600,000 trees across the twelve host countries and cities. These UEFA EURO 2020 Forests not only serve as local legacy of the tournament, but will also sequester an estimated 280,000 tonnes of Co2 over their lifetime.

While UEFA EURO 2020 promises to be a complex event from an organisational point of view, it stands to be UEFA's most environmentally conscious tournament yet, following this pledge to offset emissions and play a part in tackling climate change.