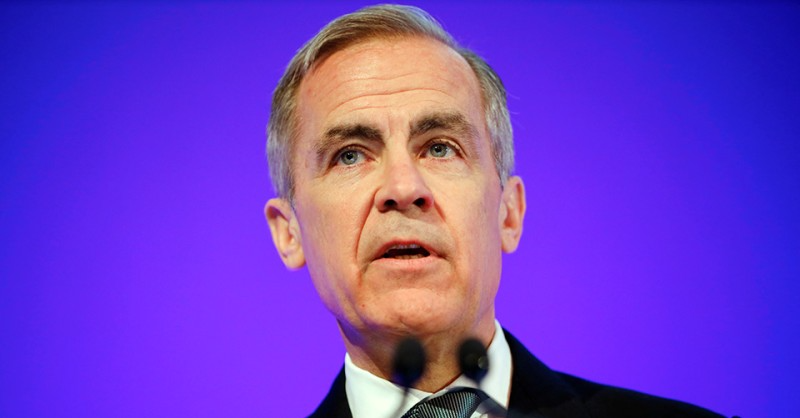 Mark Carney has put his weight behind a new taskforce to speed up the development of voluntary carbon markets. The aim is to build infrastructure that will create liquid and investable carbon offset markets.

Voluntary carbon markets are about to get a boost.

It is sponsored by the Institute of International Finance (IIF), with Bill Winters, Standard Chartered chief executive, as chair. DBS, BlackRock, Goldman Sachs, UBS, Itaú Unibanco and BNP Paribas form part of its 40-plus membership.

The voluntary carbon market has been growing steadily, but it is still small. Latest data from Ecosystems Marketplace shows the volume of offsets increased by 52.6% from 2016 to 2018, and rose in value by 48.5%.

That value, however, was just shy of $300 million in 2018. Data for 2019, set to be released later this year, should show an uptick again, but the new taskforce estimates that the voluntary carbon market will need to grow by up to 160 times to meet the Paris Agreement.

Commenting on the taskforce, Carney stresses that "many companies will need to offset some emissions as part of the transition, creating a surge in demand for offsets." He adds that the financial sector can use its expertise in building market infrastructure to create a carbon offset market which connects demand with supply.

Ingo Puhl, co-founder of sustainability consultancy South Pole, and its representative on the taskforce, says the financial sector and private sector have realized the horse to bet on is the voluntary carbon markets.

"The realization has been that the UN process regarding Article 6 of the Paris Agreement on developing a global carbon market is too slow. It just won't deliver the scale in the time required. If we have to wait on unanimous decision-making among countries, it will be too late."

The taskforce is comprised wholly of private sector representatives. Puhl adds that the net zero pledges of the private sector, civil society and sub-national entities like cities have earned them "a place in shaping how carbon markets will be delivered".

Tim Adams, president and chief executive of the IIF, says a key aim of the taskforce will be to identify standards and create a taxonomy that will help build confidence on both sides.

Voluntary carbon markets have come a long way since the early 2000s era of the "carbon cowboys" and have shaken off their negative reputation as being a 'get out of jail free card'.

Stephen Donofrio, director of Ecosystems Marketplace, says it would be difficult for a company to get away with buying offsets to mask an increase in emissions nowadays, given transparency levels on corporate sustainability reporting that enable stakeholder accountability.

Donofrio says: "Our research shows that companies that included offsetting in their carbon management strategy typically spent about 10 times more on emissions reductions activities than the typical company that didn't offset."

David Antonioli, chief executive of Verra, a non-profit organization that manages the Verified Carbon Standard (VCS), the world's largest voluntary GHG offset programme, says despite great strides in the market, some buyers may still have unfounded fears about projects.

"The safeguards we have in place address concerns about fraud and community participation, but we are always looking for way to improve these in a way that would increase confidence in the market," he says.

Puhl at South Pole says everyone in the taskforce is there with good intentions. "Any concerns raised that the model for growth might create risk will be addressed," he says. "It's a very diverse taskforce."

Adams says members will work together to create a market infrastructure....

Read the rest of the article on the Euromoney website