#BusinessCase: Why Renewable Energy Will Make or Break Business Success

World leaders have shaken hands on the new Sustainable Development Goals that will hopefully be shaping global and local agendas and policies over the next 15 years. The UN Sustainable Development summit coincided with the 7th edition of Climate Week, which was jam-packed with well-timed announcements and strong messages in favor of a low-carbon economy.

The media spotlight shone brightest on groundbreaking commitments from big brands such as Starbucks, Nike and Walmart, all carrying the same message: Going low-carbon and investing in renewable energy is a tremendous business opportunity. By announcing their participation in the RE100, a global renewable energy campaign led by the Climate Group and CDP, the companies have pledged to become 100 percent powered by renewable energy. Put simply by another leading signatory, IKEA: “Generating our own energy renewably will insulate us against the price fluctuations in energy costs." Indeed: Shrewd companies will be able to invest profits made from renewable energy generation back into their business and ensure the wellbeing of the resources their future depends on.

The growth of the renewable energy sector has seen another record year, according to the Renewables 2015 Global Status Report. The cost of renewable power has fallen considerably in recent years while consumer demand for affordable, clean sources of energy has soared. Alongside the RE100 initiative, the Buyers' Principles also builds on the compelling business case for renewables, while working to facilitate access and wide-scale adoption of renewable energy among companies. Launched by the World Resource Institute (WRI) and WWF, the Buyers' Principles advocate for six criteria that would significantly help companies meet their ambitious purchasing goals, including an emphasis on the access to new projects that reduce emissions beyond business as usual.

Signatories of the Buyers' Principles - including Intuit, Yahoo, Staples, Microsoft andeBay - will be happy to know that access to renewable energy products and premium Renewable Energy Credits (RECs) is already available; businesses have the means take action. The savviest ones have not missed the opportunity to do so.

While cloud solutions represent a major growth opportunity for SAP, energy-intensive data centres remain one of the main challenges to tackle, for the market leader in enterprise application software. SAP's quick growth has also bulked its electricity use and CO2 emissions, adding to the 2 percent of global greenhouse gases emitted by the IT sector. Given the significance of its electricity consumption, accounting for one quarter of total CO2 emissions, the company decided to look for a way to power its operations worldwide with 100 percent renewable electricity, and get #readyfor2020. Opting for GoldPower, premium renewable energy certificates (REC), the company has started leveraging renewables as a powerful differentiator for attracting and retaining customers, employees and investors. So far, the Walldorf, Germany-based multinational has been on the winning side: Aside from powering all operations and major events with 100 percent renewable energy at a competitive price, SAP's actions spell out a genuine commitment to sustainable development and social responsibility.

SAP is just part of the growing number of companies who have electricity as a prime resource in their value chain. Being able to trace the origin of power has never been more important. Renewable energy products such as RECs offer a unique ability to support new renewable energy projects and to engage with stakeholders. RECs contain and disclose the renewable sources from which the electricity is consumed and are issued for every megawatt-hour (MWh) of electricity produced by a power station. Products such as GoldPower ensure certification by the Gold Standard Foundation on the additionality claim of each power plant that generates the respective RECs. This claim ensures that the plants would not have reached financial closure without the revenues from the sale of environmental attributes.

The need for reliable certification systems to identify the sources of electricity has become increasingly imperative amid all the pledges for going 100 percent renewable. RECs can provide companies with much needed solutions in the rapidly changing energy market. As underlined by many RE100 signatories, the failure to adequately manage corporate energy can leave a company vulnerable to risks, such as changing regulations, legal requirements and price fluctuations.

Lowering risk, saving millions and boosting brand value – all benefits that these forward-thinking companies can already expect to cash in for parting from fossil fuels and integrating renewable energy into their business. Savvy companies that are quick to act will stay ahead of the curve and profit from the ongoing transition to the low-carbon economy. It's time for business to ink in their sustainable development goals alongside world leaders and ensure that they will be around over the next 15 years and beyond. 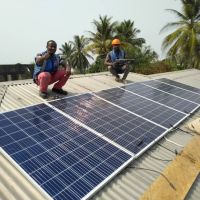 MPower, D-RECs, and South Pole — how a new approach to renewable energy is having impact around the world 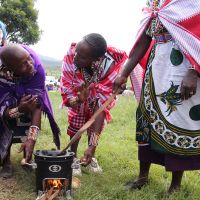 With the world off-track to meet global goals, why are we continuing to delay critical finance for energy access? 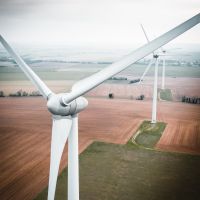