Credible climate action? It's a jungle out there! 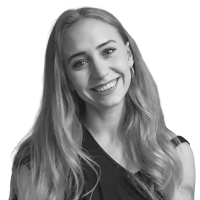 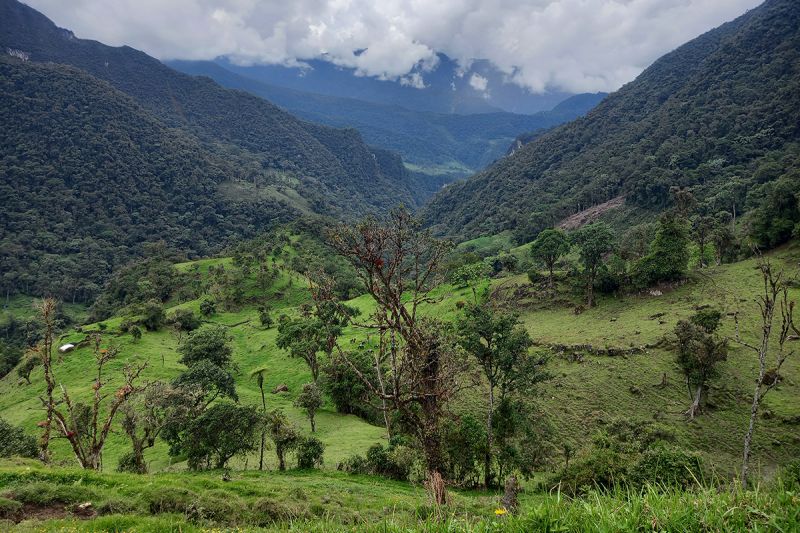 Imagine: you're waking up to nature's symphony of sounds, crawling out of a tent to find that you're pitched next to the spectacular cloud forests that cover the eastern slopes of Peru's Tropical Andes. While for many of us, this may sound like an impossible scene that better belongs to a classic Indiana Jones adventure film, this experience is not out of the ordinary for our Latin America projects team, who at the end of last year journeyed to South Pole's Alto Huayabamba Conservation project in Peru. Nestled between two of South America's most important eco-regions, the so-called Paramos of the Central Cordillera and the Peruvian Yungas, or 'mountain forests', the project works with local communities to protect a vast wildlife corridor, which is home to a multitude of critically endangered species, such as the Andean bear and yellow-tailed woolly monkey.

Despite the tropical fairytale-like scenes described, the journey to this remote region of the world is not for the faint-hearted. At an altitude of between 1,800 to 4,000 metres, reaching the project area required our team of experts to be on the move for 13 days. This included three days of continuous hiking, horseback riding, and even the use of a traditional Oroya, a manually operated cage-like structure, to cross a river safely.

The purpose of this challenging multi-day expedition? To verify that the activities planned by the Alto Huayabamba project are taking place as intended, and effectively conserving over 50,000 hectares of biodiversity-rich forest, which was previously destined to be cut down and converted to pasture for livestock rearing. 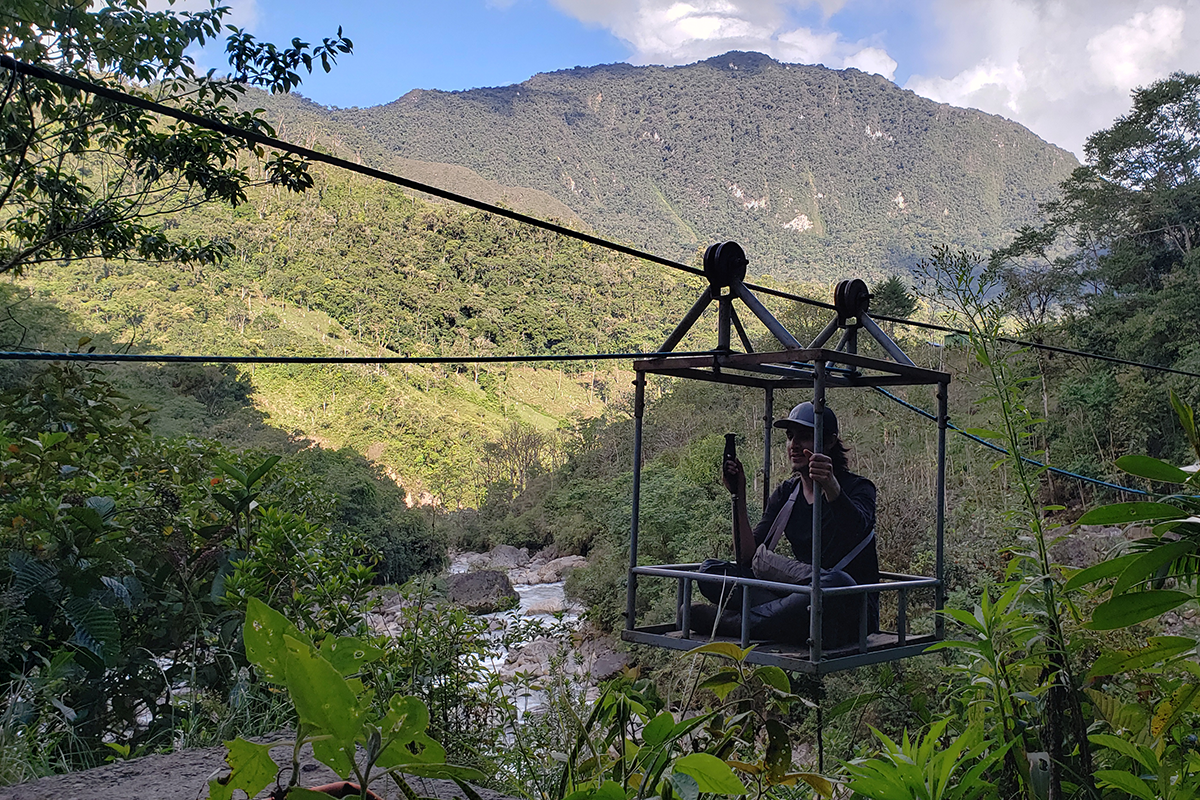 Boots on the ground: Ensuring the legitimacy of nature-based projects

Every one to three years climate action projects that are certified under internationally renowned carbon certification standards, such as Verra and Gold Standard, are required to undergo an 'audit', usually in the form of an in-person site visit. During these on-the-ground investigations, the project's activities undergo rigorous monitoring by third-party auditing bodies, approved by the certification standard, to ensure they are having the impact that they intend to. Once these visits have been undertaken, the detailed monitoring reports are published on publicly available registries, guaranteeing complete transparency and assuring the oversight of all of those who support the project.

In the case of the Alto Huayabamba audit, the site visit team was made up of eight technical experts, including forestry scientists and anthropologists, who were accompanied by two independent third-party auditors. The sole responsibility of these auditors is to witness and ensure that the standard's, in this case Verra's, emission reduction methodologies are being properly applied and that the project is, in technical terms, 'additional'.

In other words, the auditors' role is to confirm that the project's activities are truly stopping deforestation through the financing of carbon credits; and, in turn, preventing the release of carbon emissions that are stored away in the forest's biomass. However, if we are to appreciate how the project conserves the Peruvian forest, we first need to understand why it was threatened in the first place. 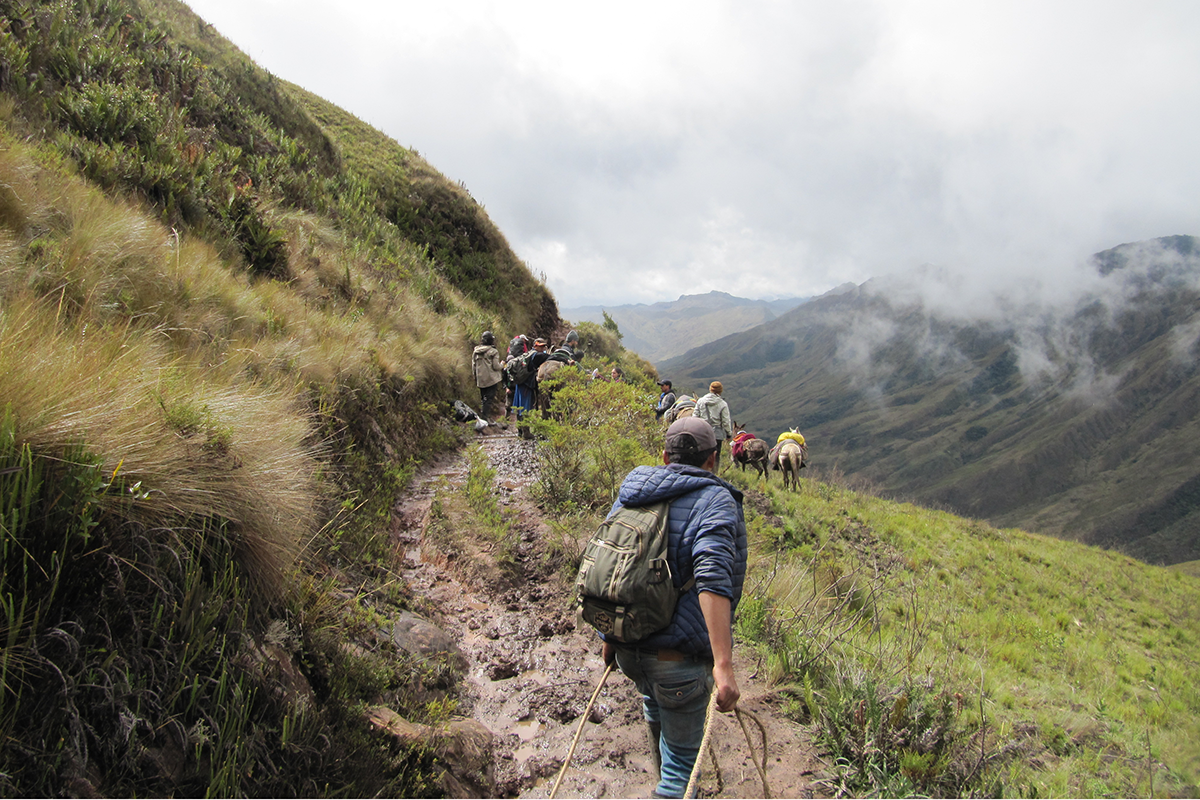 The Alto Huayabamba team trekking through the Peruvian mountains during the site visit in 2021. Credit: Andrés Echavarria Palomares

Community is key: Participatory models to protect people and the planet

Like with many forest protection projects, Alto Huayabamba is designed to halt deforestation by working hand-in-hand with regional partners and local communities. Prior to the project's intervention, the lack of economic opportunities in the region had led to swathes of the vibrant Peruvian forest being cleared for livestock, industrial crops, and mining. However, together with Amazonicos por la Amazonia (AMPA), a local environmental NGO, the project has built an inclusive model which requires the active participation of the local community and which assigns more value to having the trees standing, rather than felled.

One of the main methods for conserving the distinct landscape at Alto Huayabamba has been the development of agroforestry systems, which allow crops to be grown non-invasively among forested areas. Sustainable agricultural practices like these aim to produce higher crop yields for local communities, thus reducing the need to cut down trees in an effort to expand plots. In particular, the establishment of honey and quinoa production systems has been successful in providing 35 families living in the concession with a viable economic alternative to degrading the forest. 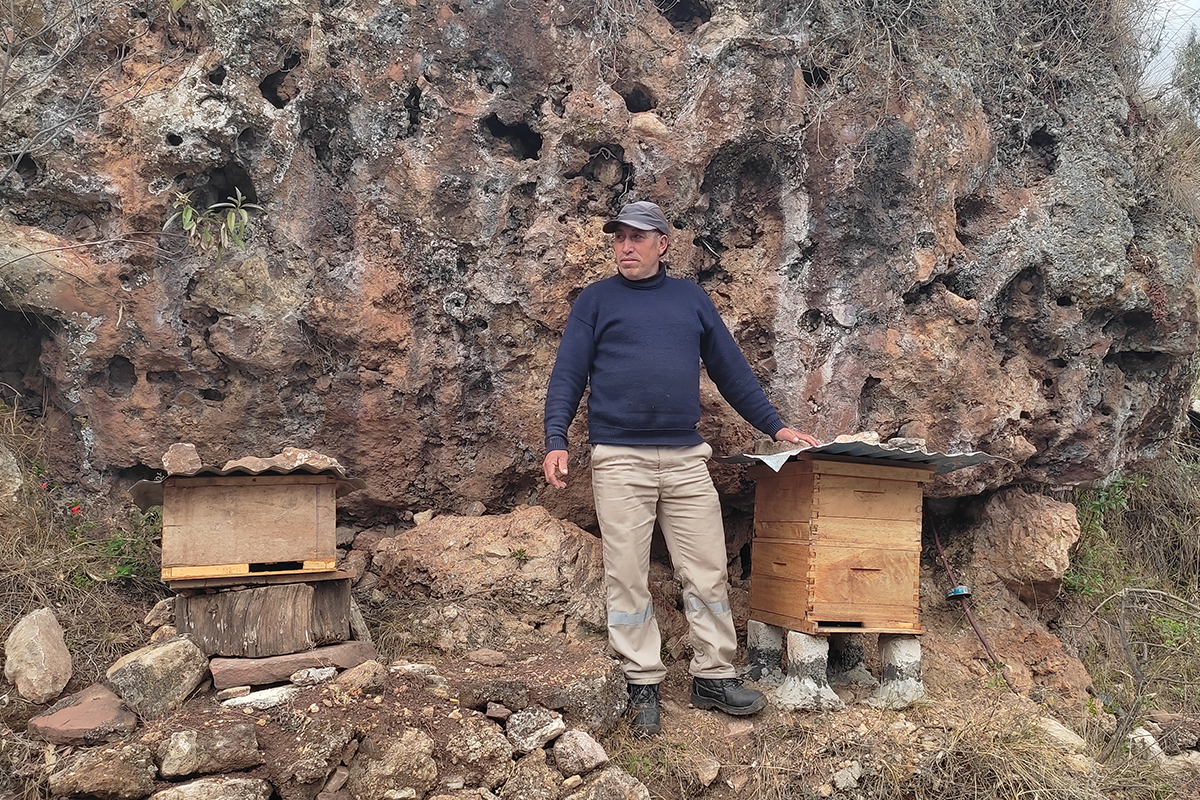 Segundo Florindez, one of the beekeepers visited by our team during the site visit to the Alto Huayabamba project in September 2021. Credit: Simon Rico Correa

Visiting the local communities during the audit demonstrated the success of the project's day-to-day activities. Simon Rico Correa, the project's development manager led the site visit and filled us in on the project's progress:

Beekeeping modules have been successfully installed in areas which were previously deforested and the native bees, which live in them, are pollinating the nearby mountain forests to produce honey. We were delighted to see that, in this way, the project's activities are working together in a virtuous cycle: benefitting both the local ecosystems and the people living alongside them.

During the expedition, the team also visited families who had recently received building materials and support to improve their kitchens. Families were reported to be delighted about receiving new cookstoves that are more efficient and require less firewood than traditional cooking methods, easing pressure on the forest and cutting dangerous indoor smoke. As well as building sustainable livelihoods, these kinds of community initiatives showcase how nature-based projects can contribute to a wide range of the UN's Sustainable Development Goals (SDGs). Like Alto Huayabamba, many of South Pole's projects are thus awarded Verra's Climate, Community, and Biodiversity (CCB) standard, which recognises the exceptional benefits the project is achieving beyond reducing greenhouse gas emissions. 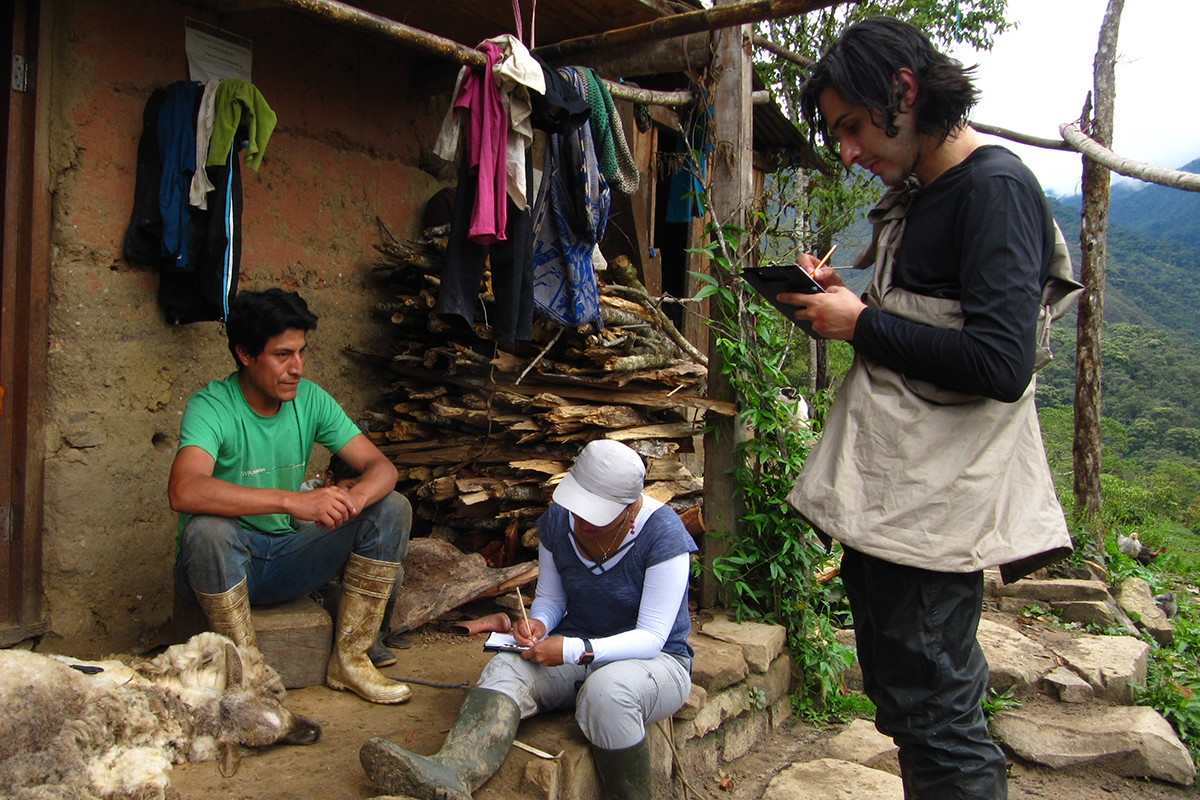 While our team was certain that they would discover many benefits related to the project, what they didn't expect to uncover were ancient remains evocative of Peru's rich archaeological history. On one of the first days of travel to the project area, the team was led by a guide to Los Juanes cave, a stopping place, well-known by locals, that provides shelter from unfavourable weather and where many camp overnight when travelling by foot or mule.

The guide, upon asking the team if they were interested in something he'd found, proceeded to escort the intrigued site visit representatives some 20 metres into the cave. What was then revealed left our team of experts astounded: intact skulls, bones, and an abundance of patterned ceramic remnants.

Andrés Echavarría Palomares, a stakeholder engagement manager and anthropologist, told us his feelings on entering the cave:

We couldn't quite believe our eyes. We'd heard many stories from locals in the area, about ancient artifacts and indigenous stone drawings, but experiencing something like this ourselves, firsthand, was phenomenal. We have since sought to find the right partners to safeguard and preserve these treasures.
We aim to work closely with local authorities, universities, and government officials to understand more about how these articles ended up in the cave and who these people were. Just from our initial research, we believe these remains could be of the Chachapoyas people, thousands of years old and pre-dating the time of the Incas, from 50 B.C. to 200 A.D.

Since the incredible discoveries found in Los Juanes cave, our regional teams have been exploring the possibility of establishing a community-led archaeology programme in the project area: one which empowers local inhabitants to become active agents in safeguarding the heritage of their land. Whilst this opportunity is only in the very early stages of ideation, it illustrates the interconnected environmental, social, and cultural benefits that landscape conservation projects can provide. 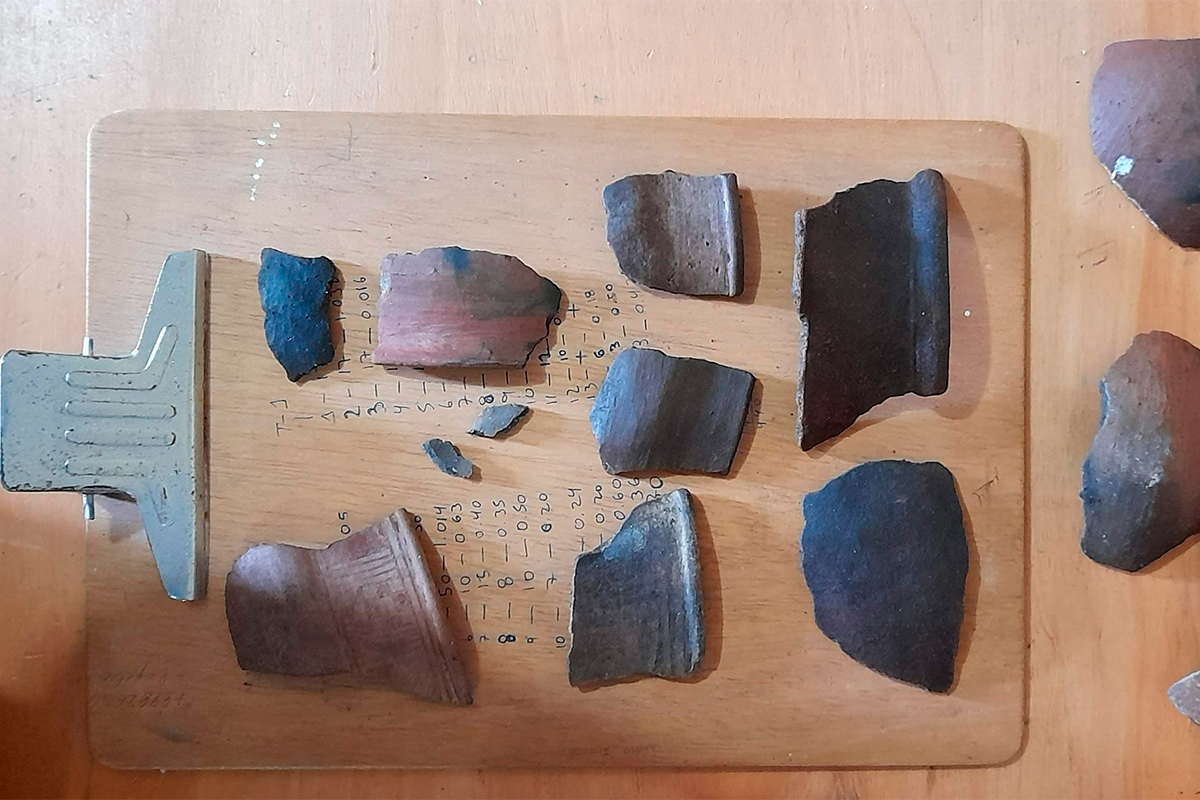 When choosing to support carbon projects, as part of a holistic corporate climate strategy, it is vital to ensure that they are certified by internationally recognised carbon standards, whom implement strict safeguards and rigorous third-party auditing. In doing so, the social and environmental integrity of the projects is upheld and their far-reaching benefits can be realised, both at a global and local level.

Special thanks to Simon Rico Correa and Andrés Echavarría Palomares, for their vivid and in-depth accounts of the Alto Huayabamba site visit that took place in September 2021, to the rest of the site visit team, who made the trip a success, and finally to our local partner Amazonicos por la Amazonia (AMPA), who works tirelessly with local communities on the ground to protect Peru's breathtaking wilderness.

Interested in learning more about our nature-based climate action projects? 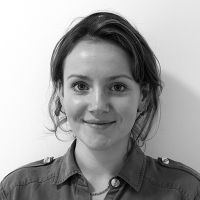 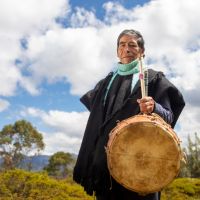 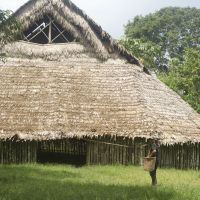 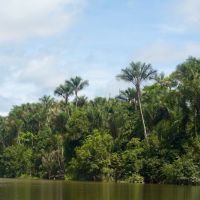