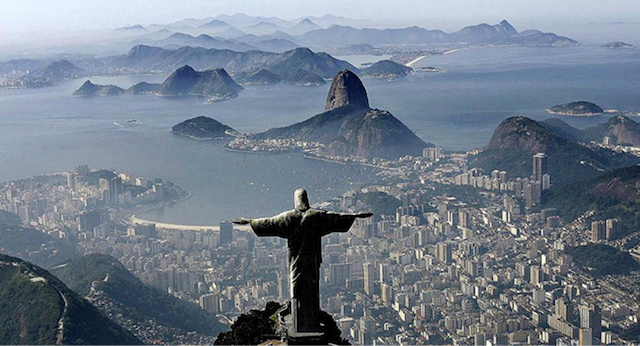 The 2016 Olympic Games focus the world's attention on the cidade maravilhosa (wonderful city) of Rio de Janeiro. The Opening Ceremony of the Rio 2016 Olympic Games has set an unprecedented emphasis on climate change, deforestation and the need to regenerate the planet´s ecosystem. The world's largest sports event transmitted a scientific and political message on climate change and called for more action from the global community of athletes, citizens and decision-makers.

The call for action comes at a time when both host city Rio de Janeiro and Brazil face enormous sustainability challenges, with many of the envisaged environmental goals for the 2016 Olympic Games left unattained.

“While Brazil & Rio de Janeiro boast great potential, from abundant natural resources to vibrant communities, the rapid growth of urban areas coupled with budget constraints and administrative challenges do not leave much room for long-term sustainability planning," says Florian Reimer, Country Manager Brazil, South Pole Group, speaking at a high-level event at the Swiss House in Rio de Janeiro on August 05. “We are proud to have a team present here in Rio de Janeiro and play a key role in bringing about positive change via the various cutting edge sustainability solutions we offer."

The event, hosted by Swiss Business Hub & Swissnex, included a keynote speech by Swiss President, Johann Schneider-Ammann, and served to highlight the positive outlook of Brazil as a re-emerging hub for international trade and cooperation

In light of the ongoing global and local efforts to move the world towards a below 2-degree warming scenario, South Pole Group's offering in Brazil considers both public and private actors and currently covers key sustainability areas, notably:

South Pole Group is committed to help the public and private sector translate the recently inked Paris Agreement into ambitious climate action and support countries in the implementation of the new market mechanism, building on its experience of developing more than 500 climate-friendly projects in the global carbon market.

For more information, read the full media release on the topic here (in Portuguese)