Are you working for a national or sub-national government? We can put our extensive knowledge of climate change and the public sector to work for you and help you develop a low-carbon strategy.

We design public policies, strategies, roadmaps, and regulations for national and local governments to help them reach their climate goals and evaluate their climate mitigation and sustainable development impact. Many of these activities are related to the development of scaled-up mitigation strategies or long term plans, such as the formulation and design of Low Emission / Low Carbon Development Strategies (LEDS / LCDS), Nationally Appropriate Mitigation Actions (NAMAs), New Market Mechanisms (NMMs), Low Carbon City (LCC) plans and similar instruments that support the implementation of the country's Nationally Determined Contributions (NDCs) submitted to the UNFCCC as part of the Paris Agreement.


South Pole is actively involved in the development of new climate policy instruments, including those foreseen under Article 6 of the UNFCCC Paris Climate Agreement. We are, for instance, advising the Inter-American Development Bank (IDB) on how to support Latin American countries in developing bankable investment plans for their Nationally Determined Contributions (NDCs) pledged under the Paris Climate Agreement in 2015.


Our experts have also supported the European Bank for Reconstruction and Development (EBRD)in developing and implementing a scaled up New Market Mechanism (NMM) in the countries of Southern and Eastern Mediterranean (SEMED) region.

Outside the SEMED region, we have advised, among others, the governments of Belize, Brazil, Colombia, Indonesia, Mexico, Thailand, Tunisia and Vietnam in developing their own domestic climate policy instruments. In Europe, our team has advised the German Federal Environmental Agency on measuring co-benefits of market-based mechanisms. 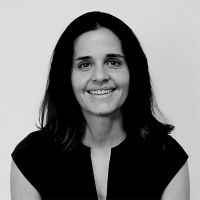 Associate Director, Climate Policy and Carbon Pricing
Talk to us about getting started on your Climate Journey.