New UN climate report: it is high time we put a price on carbon

The Intergovernmental Panel on Climate Change's (IPCC) latest report on climate mitigation calls for urgent action to reduce GHG emissions within the next decade in order to avoid catastrophic environmental breakdown.

The new report comes hot on the heels of two previous IPCC reports that have looked at the causes and impacts of climate change, and calls out available mitigation options across systems and sectors that should be prioritized to urgently reduce the amount of global GHG emissions between now and 2030. It also includes new chapters on social aspects of mitigation, innovation, technology, cross-sectoral mitigation opportunities and links and trade-offs between mitigation and adaptation. This new UN report is the third of three critical documents from the IPCC issued over the past eight months.

"The next few years will be crucial for the state of climate change in this century," said the Chair of the IPCC, Hoesung Lee.

"The speed at which we are approaching irreversible tipping points is mindblowing. 1.5 C of global warming is not a good scenario to begin with - and we see distressing and dramatic proof of a changing climate every day - but to stay within that limit requires much bolder and faster climate action. What governments and companies are doing today is nowhere close to enough, as we see in the IPCC report on mitigation that was published today.

We need to see concrete action by governments, companies, and the general public.

Major emitters must dramatically change the way they do business to lower emissions. But this also requires users to change their behavior to pressure energy suppliers to switch their sources of energy from fossil fuels to renewable energy.

Companies need to get much better at pricing externalities – in this case, putting a more meaningful price on carbon, and doing it fast. Carbon markets can offer one critical way to close the life-threatening emissions gap – both in terms of avoiding emissions but also removing them from the atmosphere.

To get transformational change across polluting industries in particular also requires that people vote for politicians who are willing to remove fossil fuel subsidies and redirect them towards cleaner energy sources. It demands financial institutions to stop financing fossil fuel projects and take a hard look at the investments they already have in their portfolios.

Governments must look beyond their immediate fossil fuel gaps and push for a rapid transition to clean energy – or risk putting the Paris Agreement climate goals in jeopardy. Countries who are still reliant on imported fossil fuels should sit up and take notice if they haven't already. The geopolitical conflicts we are seeing today are a heartbreaking and distressing threat to the future well-being of both people and planet, hampering our efforts to collectively address the climate crisis."

"The latest IPCC report indicates a five-alarm fire - we can't wait anymore to put it out!

It is clearer than ever that we need a range of solutions to address the climate crisis and achieve net-zero below 1.5 °C. While emission reductions and nature-based removals still need to be ramped up, we won't meet the Paris targets without developing scalable technological carbon removals projects as well.

To achieve this, immediate investment is required into infrastructure that can remove, transport, and store carbon in a cost effective manner – without compromising on environmental integrity. At the same time, we must establish credible carbon standards that provide confidence to the market and allow climate-saving companies to generate the revenues they need to finance more projects and benefit communities around the world."

As outlined in the new UN report, the temperature limits set by the 2015 Paris Agreement – keeping to 1.5°C or no more than 2°C of global warming – are at risk of being missed as, year after year, emissions remain above the level needed to meet those goals.

As the IPCC warns, if we don't act now, the impacts of climate change will increase alarmingly for both commerce and communities. It's time for businesses to step up climate action by reducing emissions within and beyond value chains, and investing in climate adaptation. Contact South Pole today to get started on your climate journey. 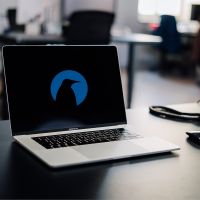 As the IPCC warns, if we don't act now, the impacts of climate change will increase alarmingly for both commerce and communities.


It's time for businesses to step up climate action by reducing emissions within and beyond value chains, and investing in climate adaptation.


Contact South Pole today to get started on your climate journey. 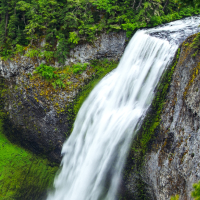