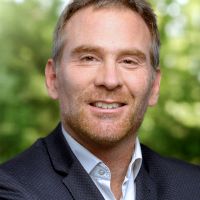 This piece was originally published on Carbon Pulse

We are in a global economic recession. The coronavirus pandemic has slowed social and economic activity to a snail's pace, and government after government has announced emergency economic support measures. The German government announced a €750 billion stimulus package to cushion the blow of the crisis and the US just approved a $2 trillion relief deal. The UK says it will stick to its carbon neutrality target. Others have followed suit. We've seen a lot of strong language to reassure markets and people. But what is the strategy?

“Never let a good crisis go to waste", Winston Churchill once said. Limiting ourselves only to short-term crisis management using vast sums of taxpayers' money would be foolish. Of course we must guarantee jobs and liquidity, but investment needs to lead to fundamental reforms.

The structural challenge of becoming carbon neutral while safeguarding welfare will not disappear overnight. As we downsize and restructure our economies and business operations, let us ensure that some of the changes in behaviour we see today, which are giving nature a chance to regenerate, will endure during a future bounce-back in the economy.

Sustainability is a long-term goal

On March 10, the World Meteorological Organisation presented their annual report on the state of the climate. UN Secretary-General Antonio Guterres said:

The coronavirus is a disease that we hope will be temporary, with temporary impacts, but climate change has been there for many years and will be there for many decades, and requires continuous action.

We cannot afford to lose sight of this fact. Achieving a competitive and sustainable transition to a low-carbon economy is still our central long-term challenge. We now have the opportunity to leverage these massive investments to accelerate the transition away from our CO2-intensive growth model. If we can achieve that, we shall be ahead of the game when the economy picks up again.

The Green Deal is the key to success

Just as Roosevelt's New Deal was an answer to the stock market crash of 1929, Europe is tackling climate change with the Green Deal. It is a mega policy package of 50 concrete proposals with an overarching strategy that fundamentally changes our economic growth model. The goal: sustainability as a competitive advantage, pollution as an unattractive cost.

The Green Deal can catapult Europe to the vanguard of the sustainability revolution. But this is not a pure top-down approach. On the contrary, it will only succeed if a large majority of Europe participates. Member states and the European Parliament need to participate, but also national parliaments, companies, workers, NGOs and citizens. Only with this support can we become the first continent to become climate neutral, circular and competitive.

We will all have to change our behaviour

Only if we view our entire socio-economic organisation in the light of the sustainability transition will it be a success. Behavioural change has to happen on three levels: the individual, the company and the government.

Governments can connect national policy directly to the Green Deal in order to make better use of opportunities and to strengthen the impact of policy. Together with the European Commission, governments can use regulation to ensure that sustainability leads to a competitive advantage.

Business can use the Green Deal to strengthen both competitiveness and its license to operate. Individual companies can outline their own emission reductions trajectories towards climate neutrality, with concrete interim objectives, and communicate this to investors, supply chain partners and consumers. They can distinguish themselves from other companies by delivering real impact in the real economy with ambitious actions.

Civil society and individual citizens can use the Green Deal to start a public debate about our ideal society in 2050. Despite the disastrous consequences of coronavirus, many lessons can be learned from the situation in which we are forced to operate. For example, the London Business School (LBS) held a webinar on the effects of working virtually last Wednesday. After all, we are in the middle of the largest synchronized home-working experiment ever.

An obvious result is that our carbon footprint will decrease significantly, at least temporarily, with much less commuter traffic and travel. People are getting used to the technological platforms that make this virtual work possible. Experts say that behavioural change generally sticks after three months. Whilst it is unclear how long the current situation will remain, will people become more adept at working virtually and will that behaviour stick? Or will, as some fear, productivity fall, causing businesses to shelve enduring ambitions.

The experience of the corona crisis can help us envision a new, greener future. And that is needed because what a climate-neutral society looks like in 2050 will differ enormously across the world. So let us shape a vision of this future today and get on with preparing for a sustainable, competitive economic recovery.

We cannot get distracted.

We are at the start of the 'transition twenties'. Conservative spirits are stirring, like on the eve of every major social upheaval. Prime Minister Babis from Czechia has already called for the Green Deal to be ditched. Polish Minister Kowalski called for the abolition of the EU Emissions Trading System by 2021. We cannot be distracted by this shortsighted thinking. Science is united about where we are today and where we should be tomorrow.

Let this economic crisis not be a brake on the low-carbon transition, but an accelerator. Let's use this moment to position ourselves better for when the economy picks up again. With the Green Deal as a compass, we can marry our emergency spending with structural changes that will prepare us for a greener tomorrow. Because we cannot backtrack on our climate commitments, neither governments nor companies. That is more than crisis management, that is responsible policy. 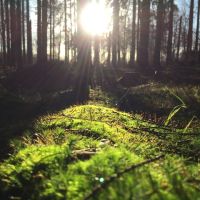 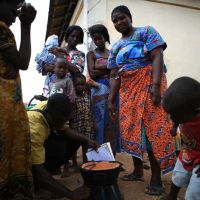