Tetra Pak is working to minimise the environmental impact across its entire value chain, from sourcing to production, to the use and disposal of its products, in partnership with customers and suppliers. Tetra Pak's goal is to cap its climate impact by 2020 at 2010 levels, despite anticipated business growth during this period. It has also joined RE100, committing to increase its use of renewable electricity to 100% across all global operations by 2030.

China is one of the countries where Tetra Pak uses the most electricity. It is also a market that is still only developing robust renewable energy infrastructure, making it a challenge for companies to source electricity from renewable resources and minimise carbon emissions. It was nonetheless important for Tetra Pak to find a solution that would allow it to source renewable energy locally from the same regional electricity grid as its plants.


The key benefits for Tetra Pak

By making sure that renewable energy is sourced locally from the same regional electricity grid as its plants, Tetra Pak is supporting the development of much needed renewable energy infrastructure in the local communities within which it operates: 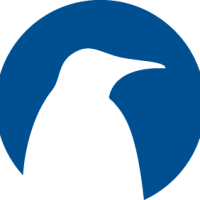