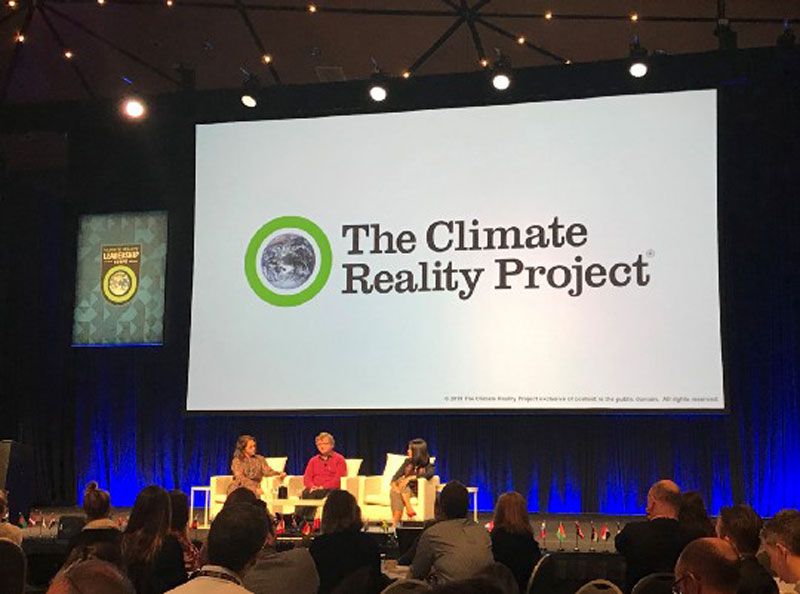 On World Environment Day I joined more than 700 people for Climate Reality Leader training in Brisbane. Led by Chairman Al Gore, and CEO Ken Berlin, the Climate Reality Leaders program has trained almost 20,000 people who in the first six months of 2019 have logged almost 19,000 'acts of leadership' ranging from delivering Mr Gore's famous presentation to writing blogs like this one. 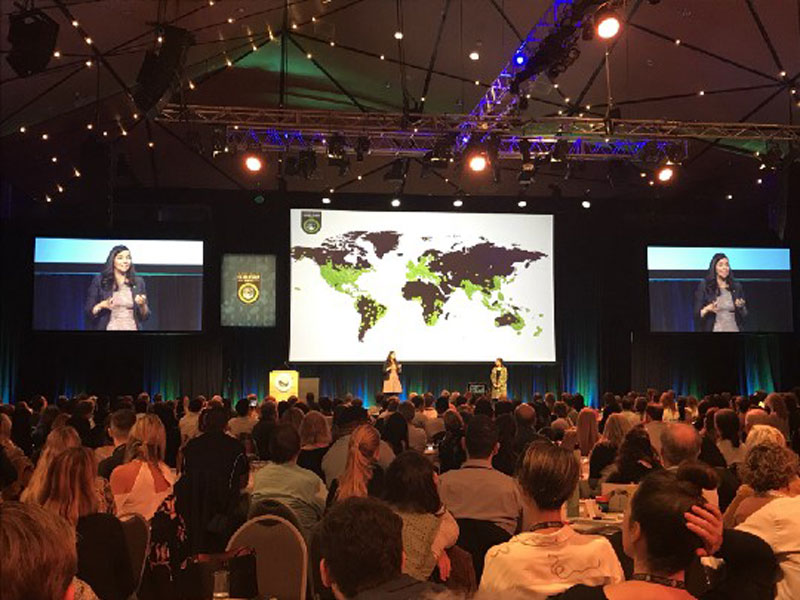 For the 700+ newly inducted we will now move back into our diverse communities to engage and challenge even more people to act on climate change and in doing so build a better, more hopeful and more prosperous future.

We all have a role to play, whether by voting for change, ensuring our superannuation is invested sustainably, changing our diets and travel habits and using out purchases to signal our expectations from companies. More than anything we need to work together to change the system, to challenge governments and corporations which, for now at least, is still driving climate breakdown in a take, make, waste society.

Mr Gore's presentation is structured around three critical questions. Must we change? Can we change? And will we change? The mix of science and stories, and the incredible group of leaders we were joining made it clear that the answer to all three questions is an emphatic yes. 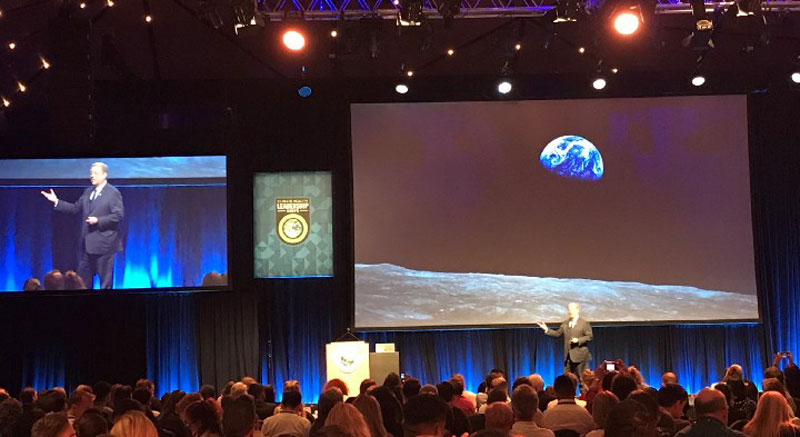 It is difficult to describe the mix of emotions felt throughout the three days. The 1°C of warming we have already seen is resulting in heart-breaking losses for so many people, with those suffering the most having contributed the least to the emissions driving rising temperatures.

Hearing Fred Gela, the Mayor of Torres Straits Regional Council describe the plight of his community with such dignity and determination will stay with me for the rest of my life. Imagine picking up the remains of your ancestors and reburying them up hill to escape rising seas. “It will scar my people for generations" he said.

For Fred and his people, the frustration at our lack of action could not be greater as the “ancient knowledge passed down from generation to generation no longer applies, the seasons, migrations…. everything is out of whack".

While the plight of those in the Torres Strait are most stark, the realities of climate change are impacting communities across Australia. The Queensland Health Minister Steven Miles told us how snake bites were up 13% due to longer summers, how the Irukandji Jelly Fish were being found as far south as Fraser Island due to warming oceans, that heat related deaths had increased and that dengue fever had returned to Queensland for the first time in more than a decade.

Or as reef specialist Terry Hughes told us that the reef is in the worst condition ever measured with half, or 50 billion corals, having died due to bleaching events in the last few years. While the focus on the national treasures of the Great Barrier Reef is understandable, at the same time, many marine environments are suffering, including the great kelp forests in Tasmania and Western Australia.

These are the 1,000 cuts inflicted by a once stable climate breaking down before us. 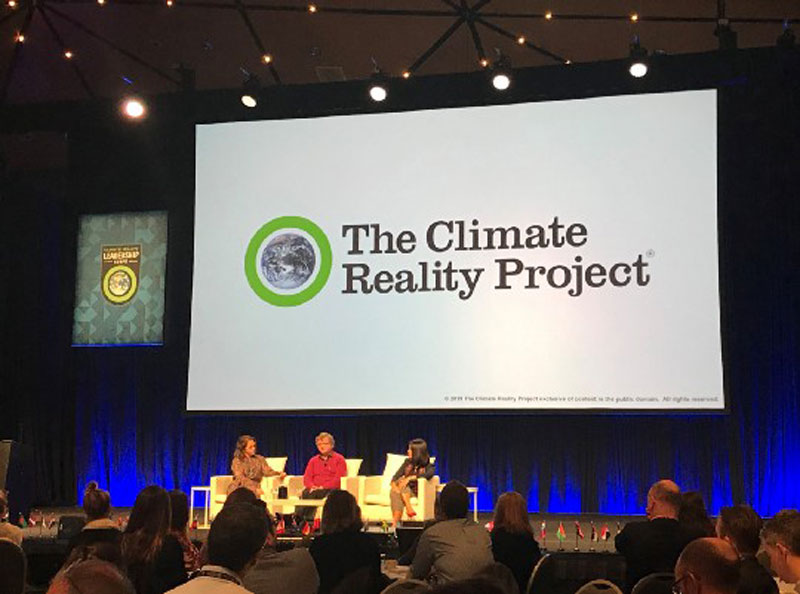 Around Australia and around the world, the impacts grow and records tumble while emissions continue to rise. The stories we heard laid bare the consequences of our choices to date, of the wasted decades, and provide a window to an even worse future if we do not change our ways.

Renowned climate scientist David Karoly, warned that we are tracking to the highest rates of emissions in climate models and that these models don't include the feedbacks, which once triggered could rob us of our agency. 1.5oC of warming is significantly more than what we are experiencing today and 2oC is not safe.

In spite of these stories, those on the front-line of the climate crisis, especially the many indigenous speakers, remain unbowed and defiant. If those who have contributed the least but are losing the most continue to fight, then what excuse do the rest of us have? It goes to the core of our humanity that we should stand with them. If we do not, as emissions continue to rise, our turn and that of our children will soon follow. As Tongan leader Joseph Zane Sikulu told us, “I stand as one but I come as 10,000…. And now our reality is yours too"

We can learn much more than bravery and determination from these leaders, their management of the land over tens of thousands of years holds many lessons, as David Karoly reminded us, Australian aboriginal peoples are the only continuing society to have lived through significant global heating when the world came out of the last ice age. 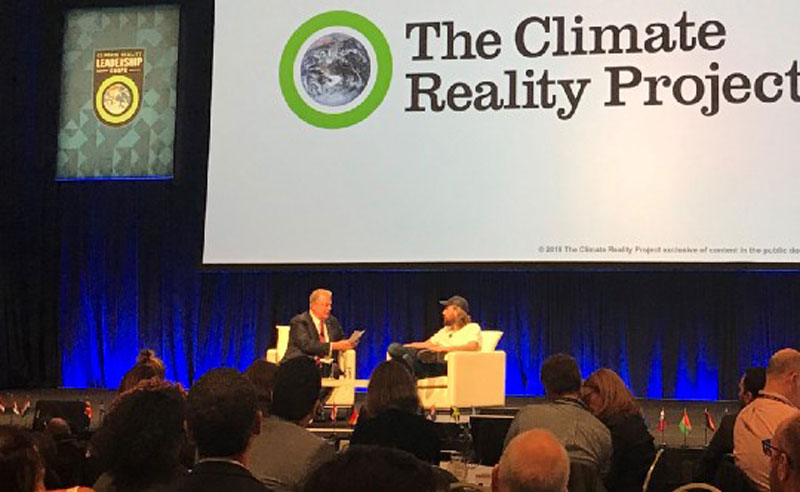 As with indigenous knowledge and science, new science also offers a source of encouragement. The continuously falling cost of renewable energy and storage offer a path to a low carbon energy system that seemed fantasy a decade ago. Leaders and the innovators, like Mike Cannon-Brookes offered a great vision, too seldom seen from our political leaders, as he called for a 200% renewable energy target for Australia so we could export clean energy by high-capacity DC cable to Indonesia or as hydrogen.

Dr Zhengrong Shi, founder of Suntech Power described solar technology they have developed which can be cut to any shape, made in any colour, is light with over 20% efficiency and can be applied to anything, “like a skin". Solar is creating over 15,000 jobs per year in Australia, a tenth of the number in the US. 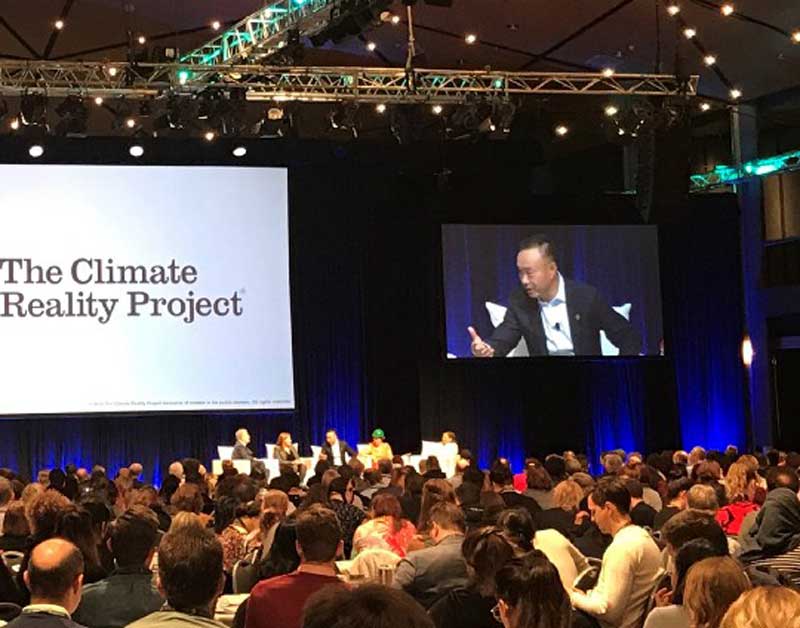 Emma Herd from the Investor Group on Climate Change left us with a personal challenge when she said “We think of investors as pin striped suits and faceless corporations, but we are all investors through superannuation, so my question to the room is, what are you invested in? And if you don't know you should ask your fund." 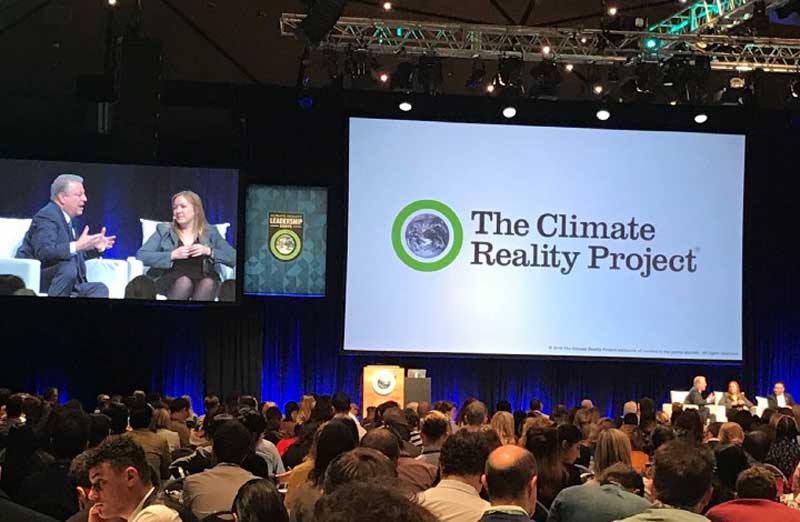 Across sectors the momentum was palpable, the diversity of the room all working on solutions was inspiring. Just at my table I met leaders in the built environment, regenerative farming, renewable energy development, food systems, sport and media.

On the stage too we heard inspiring stories of the change which is possible. Anna Oposa, co-founder and chief mermaid of Save Philippine Seas, told of changes they had catalysed from ending the practices of releasing balloons for religious ceremonies to education through innovative campaigns like A-B-Seas, Straw Wars, and Plastic Battle. The importance of relevant stories to inspiring change came through time and again. Her challenge to us: “Advocacy is not about stopping global warming, but stopping global whining! Be part of the solution".

While the political situation in Australia and the US may throw doubt on the ability to transition the economy, Mr Gore and other speakers reminded us of the sub-national action driving progress in the absence of Federal leadership. With six of Australia's states or territories setting net-zero emission targets and US states including California doing the same.

As the Paris agreement enters its review phase in 2020, where countries are to set more ambitious targets, 80 have already indicated they will. China and India are both tracking to exceed their original targets with the penetration and cost of renewables in both countries making coal-based power increasingly uncompetitive. This has resulted in a record number of new approved coal plants being abandoned and increased difficulty for these projects to obtain funding.

These changes also pose significant challenges for communities traditionally reliant on employment from fossil fuel industries. As Alison Tate from International Trade Union Confederation said, “We hear about stranded assets, but what about stranded people and stranded communities?"

The employment vs environment debate is a false one though, as Dr Anne Poelina, Nyikina Traditional Custodian and Managing Director of Madjulla Inc, said we need “new economies built on forever industries". These forever industries are being built, with examples like Sanjeev Gupta's GFG Alliance's investment in green steel in Whyalla including a $1bn investment in the 280MW Cultana solar Project. In the US, solar panel installer and wind turbine technicians are amongst the fastest growing jobs in the country. 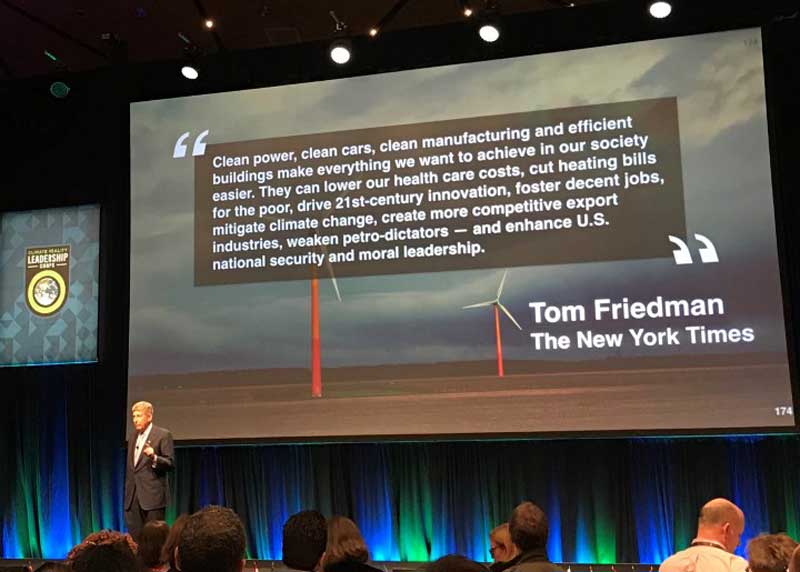 While the scale of the challenge remains enormous and we are certain to see the climate get worse in the years ahead, the school strikers, indigenous leaders, Anna Rose's Farmers for Climate Action, scientists, business people and political leaders all working for a stable climate point the way to better a future and just transition for all. As Mr Gore said in closing the training “the trajectory is bending towards hope and progress…. the will to change and survive is a renewable resource, let's get this done".

For me, I will continue to work with my excellent team to build Altiorem, a not-for-profit library and resource centre which is designed to help people inside and outside the financial services industry advocate for sustainable finance and investment. We'd love for you to join and follow us as we develop tools which we hope will help tens of thousands of advocates around the world.

I will also add to my advocacy work within finance by bringing the stories and wisdom of the people we heard from at the training. These stories need to be told because while the language of business can help us along the path, it is only the language of our shared humanity that will drive the scale and speed of change needed to solve the climate crisis.

Lastly, I will work with my new and amazing network of passionate Climate Reality advocates. The investment industry has a great group of leading voices but we have suffered, like many industries, from a siloed approach where we mostly talk to ourselves. I was inspired and strengthened by the incredible diversity of leaders at the training and am convinced that these cross-industry-government-NGO-community-first peoples conversations are what will finally bring the change that future generations need us to achieve.

My request of you is to ask the questions that need to be asked every day. If a product at your business is being developed that doesn't consider the climate impacts, ask why? If you are served unnecessary single use plastic, ask why? If the products you buy, including your superannuation, are not clearly describing how they are contributing to a sustainable future, ask why? We must, can and will change, the only question is how fast? The answer to which is in all our hands. 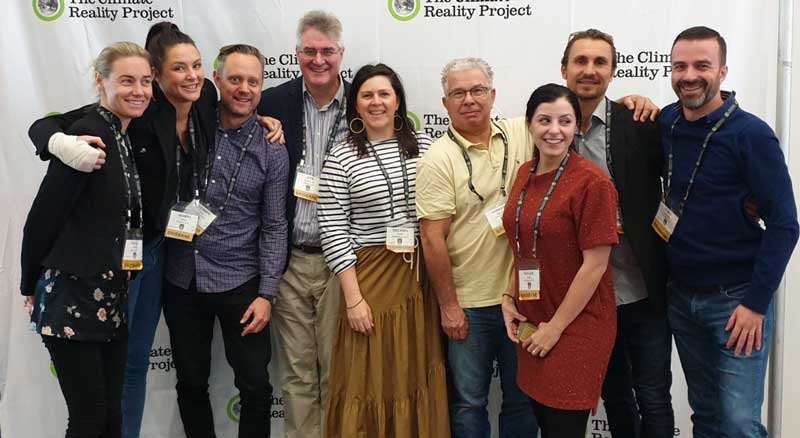 For another perspective on Al Gore's Climate Reality Leader training in Brisbane 2019, check out this account from South Pole's Tom Schroder.

This blog piece has been re-published with permission. You can view the original piece on Pablo's Medium here. 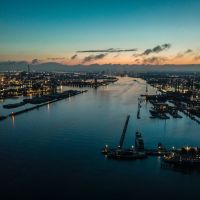 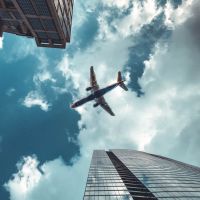