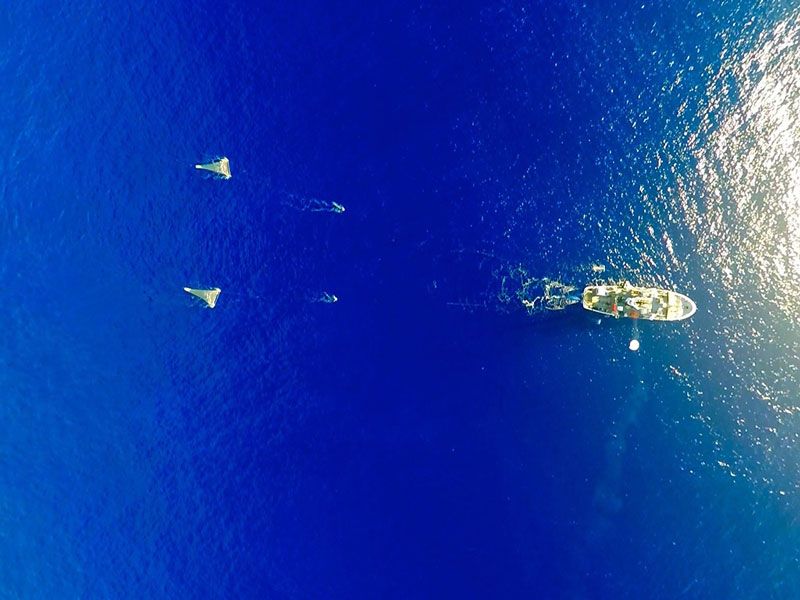 Between Hawaii and San Francisco lies the Great Pacific Garbage Patch, the largest accumulation zone of ocean plastic. Plastic usage is on the rise and therefore the influx of plastic in the oceans is expected to increase. It won't go away by itself, and now it's time to clean up the mess.

The Ocean Cleanup has developed the first feasible technology to rid the world's oceans of plastic. Ocean garbage patches are vast but dispersed. By acting like an artificial coastline, we passively concentrate the plastic by orders of magnitude, 100% powered by natural ocean currents. The technology is scheduled to be deployed in 2020.

Why must we clean up existing ocean plastic? 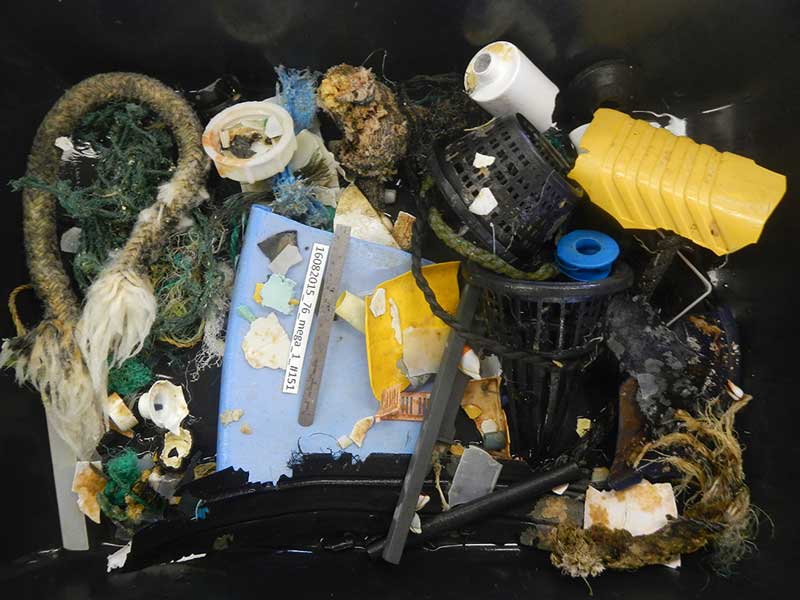 Simply put, ocean plastic pollution will not go away by itself. Even if more plastic could be prevented from entering the oceans, the garbage will remain and continue to cause damage. Not only are smaller pieces harder to extract, but they are also more harmful than large objects due to bioavailability to small creatures forming the base of the marine food web. Small pieces are being consumed by fish and birds, and may thereby transport toxic persistent chemicals into the food chain (which includes us humans).

Ridding the world's oceans of plastic provides an opportunity to make the problem visible and raise awareness. By communicating about our progress, The Ocean Cleanup aims to contribute to the dialogue on prevention, which could also help to reduce the influx of plastic debris entering the oceans.

Prevention does not mitigate the need for a cleanup operation. The plastic already out there, must be removed. Why not create a future better than the past? A cleanup will make this possible.

How are we going to clean up this mess?

The Ocean Cleanup develops technology to collect plastic from the gyres and extract it for recycling. Collecting the plastic in a conventional manner, using ships with nets would be extremely costly, last forever and have a negative environmental footprint in carbon emissions and marine life by-catch. The eureka moment for The Ocean Cleanup occurred when founder Boyan Slat asked himself: “Why move through the oceans, if the oceans can move through you?" In the concept of The Ocean Cleanup a network of floating barriers allows the natural ocean currents to concentrate plastics at a central point, ready for extraction.

To ensure optimization of our engineering operations, all dimensions of the Great Pacific Garbage Patch need to be understood. Prior to the start of The Ocean Cleanup, limited information was available about plastic pollution in the gyres and many questions were unanswered 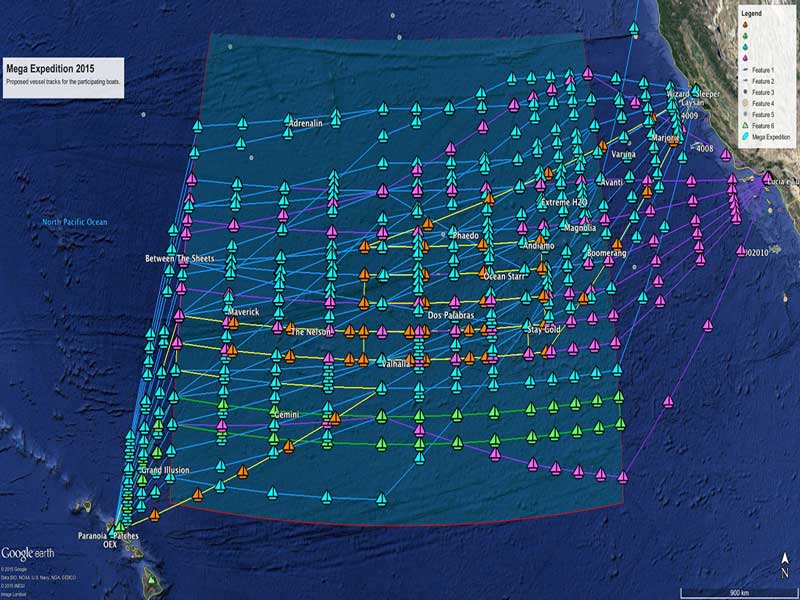 The first step in this process was the Mega Expedition, mapping plastic accumulation over 3.5 million square kilometers and collecting more data on ocean plastic than in the last 40 years combined. 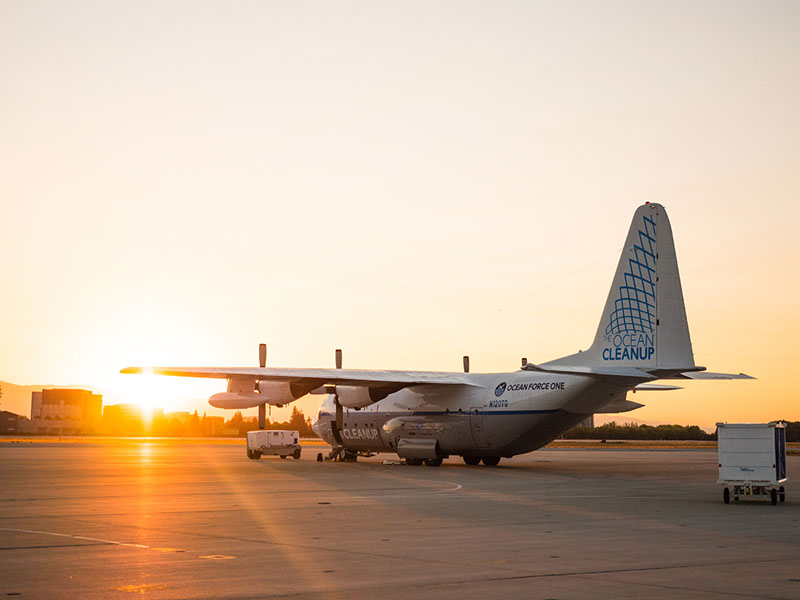 The Mega Expedition only allowed us to measure size class' up to a meter in size but we know ocean debris can be much larger. To properly quantify larger ocean debris such as ghost nets, a larger area needed to be surveyed which was made possible on our recent Aerial Expedition. Using trained spotters and advanced LiDAR technology, the observer crew logged thousands of large pieces of plastic. It is safe to say, there is even more plastic than we expected. The Aerial Expedition and Mega Expedition data will be combined to create the best estimate for the amount of plastic floating in the Great Pacific Garbage Patch, and will be ready for publication in a scientific journal early 2017. 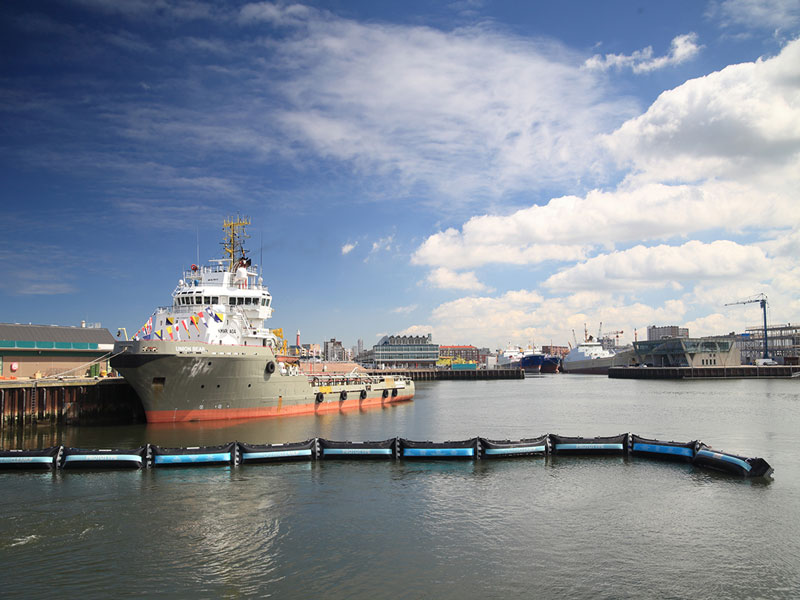 To begin to test our engineering design, The Ocean Cleanup deployed a prototype in the North Sea, 23km off the coast of The Netherlands to see how it would fare in extreme weather conditions. After two months in the water, the barrier was taken to shore for maintenance and research. The prototype had been subjected to weather conditions far more extreme than found in the Pacific Ocean. and after close monitoring and diagnosis, it was clear that some modifications needed to be made. Prototype testing is an important step towards creating a fully operational pilot system set for deployment next year. A modified version of the prototype will be re-deployed before year-end.

There is no doubt in our minds cleaning up the Great Pacific Garbage Patch is possible. We have collected the data to understand what exactly we are about to clean up. After many scale model tests and prototyping parts of the system, we now prepare to launch the Pilot: the world's first operational ocean cleanup system, scheduled for deployment in late 2017.

The old story was the best thing that could be done about the plastic pollution problem is to not make it worse. To us at The Ocean Cleanup that is a rather uninspiring message. We will continue overcoming barriers and develop a system to create a future that is better than the past.

South Pole is proud to support the mission of The Ocean Cleanup with a carbon offsetting project in the Pacific Islands region of New Caledonia, allowing the foundation to undertake entirely emission neutral research expeditions. 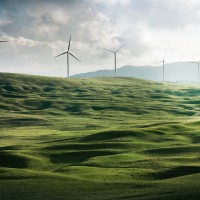 How to use low-carbon hydrogen in your decarbonisation strategy 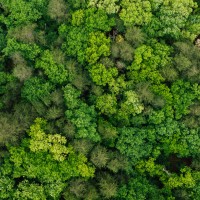 South Pole's reaction to criticisms of REDD+ and the VCM 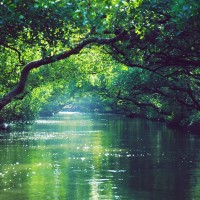