Improving health and access to affordable energy for Ugandan communities

The BioLite HomeStove project distributes fuel-efficient cookstoves to Ugandan households. These cookstoves require significantly less fuel for cooking, as they rely on biomass sources rather than wood fuel from Uganda's precious forests. They also address electricity access issues by generating energy during cooking.

According to the United Nations, between 1990 and 2005 Uganda lost 26% of its forest cover, and currently has a deforestation rate of over 2% per year. While urban wood demand for construction and furniture plays a large role in this situation, the problem is exacerbated as 97% of the rural population collect firewood for basic needs. Around 95% of households in Uganda cook using traditional cookstoves that are inefficient and toxic.

The HomeStove is an ultra-clean burning, fan-assisted wood stove that cuts toxic pollutant emissions by 90% and reduces fuel use by 50%. Using BioLite's Direct Conduction Thermoelectric System (DCTS), the HomeStove also generates its own electricity – providing users with enough reliable, on-demand electricity from a day's cooking to fully charge a mobile phone or provide an evening's worth of bright, LED light.

As considerably less time is spent collecting firewood or cooking, families are presented with a new opportunity for alternative economic development and a higher standard of living. The amount of indoor pollutants from the burning of biomass in the family home is also reduced, thus improving household health. Employment opportunities are created in the sale, distribution, maintenance and monitoring of the HomeStoves. 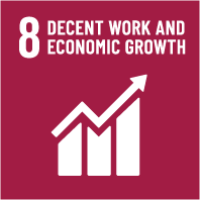