Going green, then going dark – One in four companies are keeping quiet on science-based targets

South Pole's 2022 Net Zero report found that an increasing number of climate-aware companies are supporting their net zero commitments with science-based targets, yet surprisingly, one in four do not plan to talk about them. This means many companies with robust targets are going green and then going dark.

Doing so makes corporate climate targets harder to scrutinise and limits knowledge-sharing on decarbonisation, potentially leading to less ambitious targets being set, and missed opportunities for industries to collaborate.

London, UK – 18th October 2022. New global research from South Pole, a world-leading climate project developer and solutions provider, has found that one in four of surveyed companies with science-based targets will not be publicising them.

South Pole's annual report Net Zero and Beyond: A Deep-dive on Climate Leaders and What's Driving Them, released today, surveyed the dedicated sustainability leads at over 1,200 large companies with net zero targets across 12 different countries and multiple sectors. Alongside net zero targets, nearly all have either set science-based emission reduction targets or plan to in the next year. The surveyed organisations can serve as a proxy to how some of the more climate-aware companies in the market are progressing (or not) on their net zero journey today.

South Pole has consistently found that companies are primarily driven to set net zero targets because of consumer demand for low-carbon goods and services, as well as the opportunity to show brand leadership. However, this year's report reveals that, while some companies are setting science-based net zero targets for these reasons, a significant portion will not be publicising them.

Last year, in the run up COP26, hundreds of companies across the world set net zero targets and publicised them with high-profile campaigns. Corporate ambition has not waned since, with South Pole's findings confirming that companies are continuing to set net zero targets at pace with increasing budgets to support them. Yet just one year later, ahead of COP27, this growing reluctance to publicise science-aligned climate targets raises questions around why some companies do not want to make their goals widely known.

"We see that sustainability-minded businesses are increasingly backing up their targets with science-based emissions reductions milestones, which is absolutely the right approach. But if a quarter today aren't coming forward with details on what makes their target credible, could corporate green-hushing be spreading? The speed at which we are overshooting our planetary boundaries is mindblowing. More than ever we need the companies making progress on sustainability to inspire their peers to make a start. This is impossible if progress is happening in silence," says Renat Heuberger, CEO of South Pole.

"Corporate climate action is a necessary and welcome ingredient to slowing the climate crisis. If more businesses lead from the front by speaking openly about their goals, this will spur the many others out there who are yet to set company targets – ideally ones that are aligned with science," says Renée Morin, Chief Sustainability Officer at eBay.

Honest conversations about the challenges in reaching net zero are essential as greenwash persists and litigation is on the rise. Investigative journalism calling out false claims helps to keep corporate ambition on climate high and sincere. At the same time, media scrutiny, NGO critique and the threat of lawsuits may be deterring companies who are voluntarily setting targets from being more open – as South Pole's 2022 Net Zero Report found.

Despite this, South Pole's report reveals that, while surveyed businesses might be forgoing the communication of their targets, they are forging ahead with their delivery. Three-quarters of companies surveyed have increased their net zero budgets since December 2021. And many are also increasing their in-house capacity by hiring new staff and upskilling their sustainability teams rather than using external consultants.

Importantly, one in three companies surveyed said achieving their targets is proving “more difficult" than expected and for those who admit to not being “on track", they plan to scale up their efforts “significantly" this year.

Even among the self-identified heavy emitters – 76% of whom had science-aligned net zero targets – nearly a quarter have decided not to publicise their milestones beyond what is mandated. If reporting on climate performance is hushed even amid the most proactive heavy emitters, those with the media and regulatory spotlight on them, how will a 'race to the top' ever be incentivised among unlisted big polluters?

South Pole, a social enterprise recognised by the World Economic Forum's Schwab Foundation, is today the world's leading climate solutions provider and carbon project developer. Since its creation in 2006, it has developed nearly 1,000 projects in over 50 countries to reduce over one gigaton of CO2 emissions, and to provide social benefits to less privileged communities who are particularly vulnerable to climate change. Projects range from sustainable agriculture, forest conservation, waste management, to energy efficiency and decentralised renewable energy. South Pole also advises thousands of leading companies on their sustainability journeys to achieve net-zero emissions. With its global Climate Solutions platform, South Pole develops and implements comprehensive strategies that turn climate action into long-term business opportunities for companies, governments and organisations around the world.

South Pole is committed to becoming a B Corp globally across all of its local entities, building on its high B Corp score and existing B Corp certification in Germany, Australia, and the U.S.

Find out more about South Pole's 2022 report Net Zero and Beyond: A Deep-dive on Climate Leaders and What's Driving Them

Read about the report's key findings for the Netherlands, German, France, Spain, Sweden and Colombia. 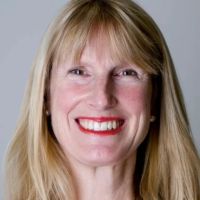 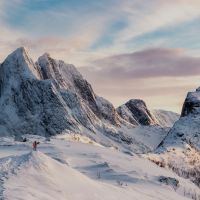 South Pole's 2022 net zero report – based on a survey of over 1,200 sustainability leaders representing 12 countries and 15 sectors – shows that today, one in four businesses do not plan to talk about their science-aligned climate targets.